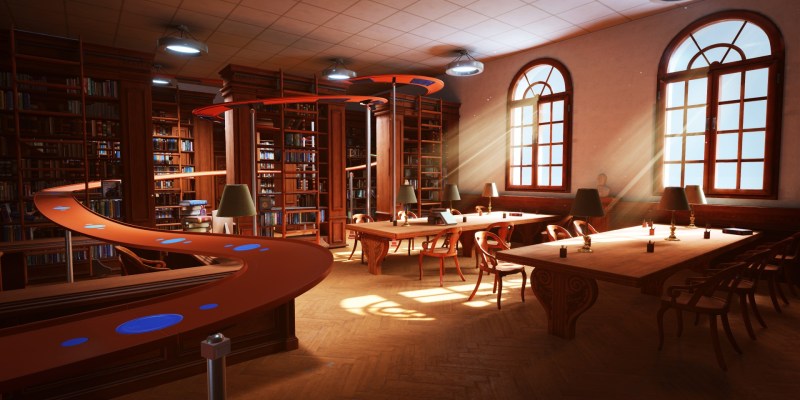 Mattel and Milestone have released a new trailer for the upcoming Hot Wheels Unleashed arcade racer. Just from the opening scene, you can tell that this track is going to be a good one. The trailer gives would-be Hot Wheels Unleashed racers a first look at the iconic orange tracks assembled in different departments around a college campus.

The College Campus is the third environment that has been unveiled for the game. You may remember the garage from the first gameplay trailer. More recently, the Skyscraper environment was also revealed.

The latest trailer also shows off some new car models you’ll be able to unlock and race in-game. These ones are a lot quirkier than those we’ve seen before. Keep your eyes peeled in the trailer and see if you can spot all six of the new cars. There’s the Street Wiener, Total Disposal, Power Rocket, Skull Crusher, Tanknator, Winning Formula, and Exotique.

The Hot Wheels Unleashed College Campus environment has three main areas, all of which can be seen in the trailer below. There’s the library, the classroom, and the chemistry lab. What’s particularly cool is that you’ll be able to build tracks between the three rooms via that main hallway that connects them all. Alternatively, you can also use the ventilation ducts to achieve the same effect.

Two Hot Wheels Unleashed track features that are going to make for some interesting racing and track building can also be seen in the College Campus trailer. You’ll be able to drive up walls and even upside down thanks to the magnetic track segments. Plus, there are pieces of track that can move, sending players along different routes. I love that not every lap needs to be the same.

According to the College Campus announcement, there are still more environments that will be revealed throughout the summer. And we already know the game will feature over 60 cars, so there are still plenty of those to be unveiled too.