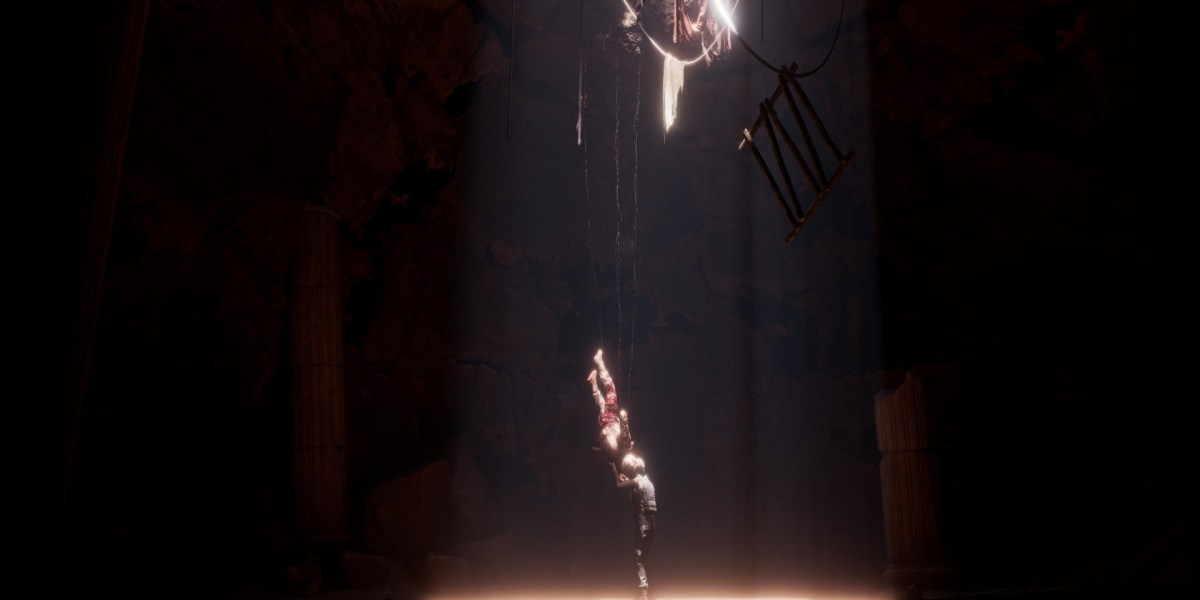 One of my favorite things from The Dark Pictures Anthology is how each game gives you a glimpse at the next title in the series. For instance, the final premonition in Man of Medan showed you a woman who slid off a roof only to get hanged. That was the prologue chapter of Little Hope. Later in that game, you’d discover a premonition where a soldier fell down a cave. That soldier is one of the characters in House of Ashes, the next game in The Dark Pictures Anthology.

We were able to watch a short keynote presentation where Game Director Will Doyle told us what players can expect in House of Ashes. Doyle explains that the franchise aims to reimagine real-world legends and mysteries, giving them a twist for a modern-age horror title. If Man of Medan was set on the SS Ourang Medan and Little Hope had the Salem and Andover Witch Trials as its themes, then House of Ashes delves into a deeper, darker legend.

The Dark Pictures Anthology: House of Ashes preview – The horrors of Akkad

The overarching narrative in The Dark Pictures: House of Ashes tells the tale of Naram-Sin, ruler of the Akkadian Empire from 2254 to 2218 BC. The ancient legend, known as the Curse of the Agade, tells of how Naram-Sin plundered a temple dedicated to the god Enlil. The wrathful deity then cursed Naram-Sin and his people, leading to the utter ruin of the empire.

In House of Ashes, cutscenes show how Naram-Sin built a grand temple as a peace offering to Enlil. Unfortunately, his pleas fell on deaf ears and the god would not relent. His lands were still ravaged and the temple remained buried under the earth, forgotten for millennia. 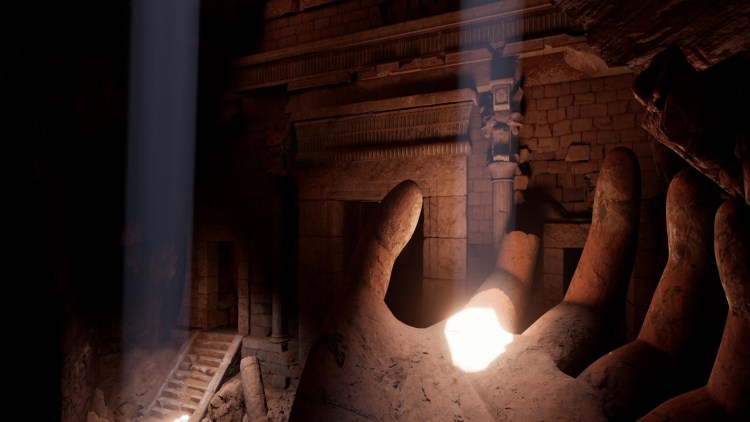 Fast forward to 2003 at the start of the Iraq War. The United States military forces have arrived on a site suspected of hiding weapons of mass destruction. Attacked by Iraqi troops, a platoon’s helicopter crashes, the ground underneath it collapsing to reveal a cave system.

This is where you’ll meet House of Ashes‘ five playable characters. There’s CIA officer Rachel King (played by Ashley Tisdale). She also happens to be the woman who fell down the cave in Little Hope‘s premonition. With her is her husband, Colonel Eric King. Two Marines also find themselves lost in the caves: Nick Kay and Jason Kolchek. Lastly, the fifth character is an Iraqi officer named Salim Othman. With war raging in the background, we’re bound to see some hostilities. Then again, it’s also possible for people to band together and survive. After all, these men and women are facing an unknown threat. 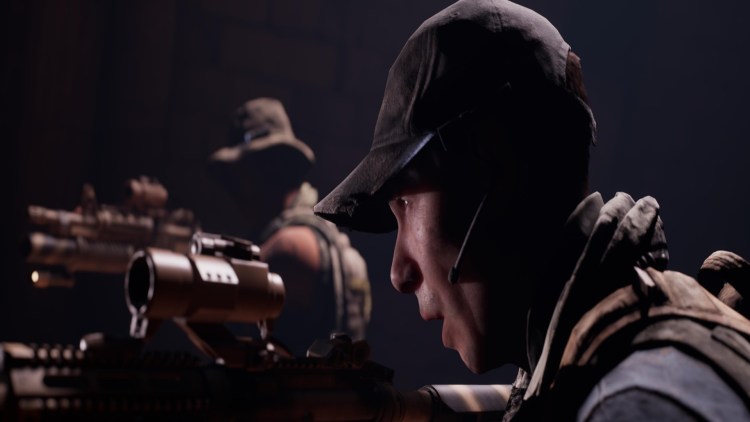 Doyle notes that the monsters in House of Ashes are very much real. The game even takes inspiration from various films such as Alien and The Descent, as well as books such as H.P. Lovecraft’s At the Mountains of Madness. Tisdale’s character even mentions how she found a small statue of Pazuzu, the Mesopotamian god of demons (which also happens to be referenced in The Exorcist).

In the game, there are things lurking in the shadows. Things that can see in the dark before grabbing people. We see this occur as Nick and Jason encounter two of their comrades, Merwin and Clarice. Merwin is gravely injured and the two attempt to help him. As Clarice watches on, she’s suddenly dragged away, screaming into the void. Nick and Jason then try to bring Merwin to a safe area, giving him morphine and telling him to keep quiet. Unfortunately, it seems that Nick, panic-stricken, accidentally suffocates Merwin during a quick-time event (QTE). We don’t know yet how this will affect Nick’s disposition later in the campaign, but he already looks distraught.

From there, we were treated to various scenes such as firefights, tremors, and soldiers running away. There are lots of creatures sneaking in the dark before pouncing on hapless troops, so we could see more fatalities outside of the playable characters. 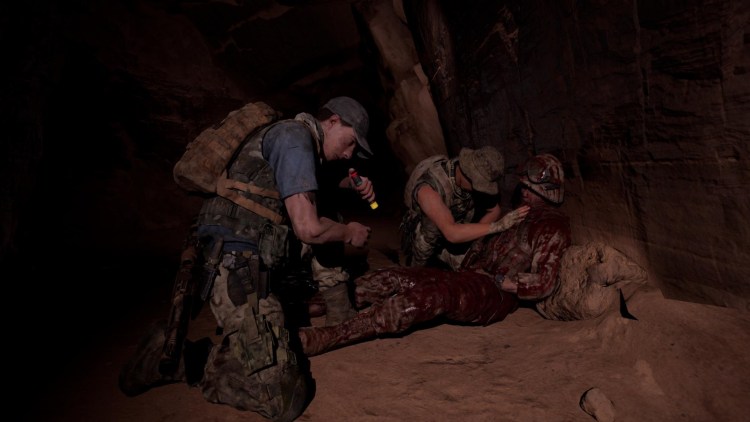 Doyle adds that The Dark Pictures: House of Ashes will still have its four main game modes such as the Theatrical Cut (the default campaign for solo play), Curator’s Cut (the alternate single-player campaign that’s also a pre-order bonus), Shared Story (an online mode for two-players), and Movie Night (a pass-and-play co-op mode for up to five players). You’ll see familiar game mechanics and you may even select the difficulty mode now in case QTEs are becoming a hassle.

There will also be a few improvements in terms of lighting and camera controls. Likewise, House of Ashes will be the first game in the series to utilize visual enhancements for next-gen consoles. Naturally, with a Choose Your Own Adventure-styled narrative, there will be branching dialogue choices and multiple endings to the campaign.

Can you help everyone make it out alive? Let’s find out once The Dark Pictures Anthology: House of Ashes becomes available later this year. For now, you can check our guides and features hub for the two previous games in the franchise: Man of Medan and Little Hope. You may also watch the full gameplay reveal video below.

Sonic Colors: Ultimate is rail-grinding to PC this September, new game in 2022

By JB Cachila18 hours ago
Features