[Update – November 21 @ 4:17 PM CT] Originally, the article stated that Pokémon Scarlet and Violet offered numerous customization options to choose from. However, according to players, the options available fall well below those of previous installments. The text of the article has been changed to reflect this.]

Pokémon Scarlet and Violet have just come out on Switch, so fans can once again spend countless hours leveling up their favorite pocket monsters. But while you explore the new Paldea region and watch the game struggle to run properly, you may feel the urge at some point to change the appearance of your player character. Unfortunately, Pokémon Scarlet and Violet do not feature as many character customization options as in past games, at least when it comes to clothing. Both games only provide four preset school outfits for players to choose from in addition to a few extra clothing items on top of those. At the very least, both games make the process of changing your appearance relatively easy.

While out exploring, players can open up the clothing customization menu simply by hitting left on the D-pad. Here, you can select from your assortment of clothing items by pressing A. Save your new outfit by pressing B. If you wish to preview the clothing before trying it on, just hit Y. By pressing the + button while on the clothing menu, you can access a menu that allows you to alter various facial features, including character eye color, eye shape, and lip shape.

You can change character appearance in Pokémon Scarlet and Violet, but what about hair?

Neither of these menus will let players alter their hairstyle, however. To do that, you need to head to a hair salon located somewhere within most of the games’ towns and have 3,000 extra Pokémon bucks on hand to spend. After deciding on a specific hairstyle and color, you can confirm it by hitting +. Alternatively, if you decide against changing your hair, you can simply hit B to leave.

By following these straightforward steps, you can squeeze the most out of the relatively limited character customization options in Pokémon Scarlet and Violet. And by visiting the clothing stores spread across most towns to purchase items such as backpacks and hats, you can make your school uniform a little less drab. 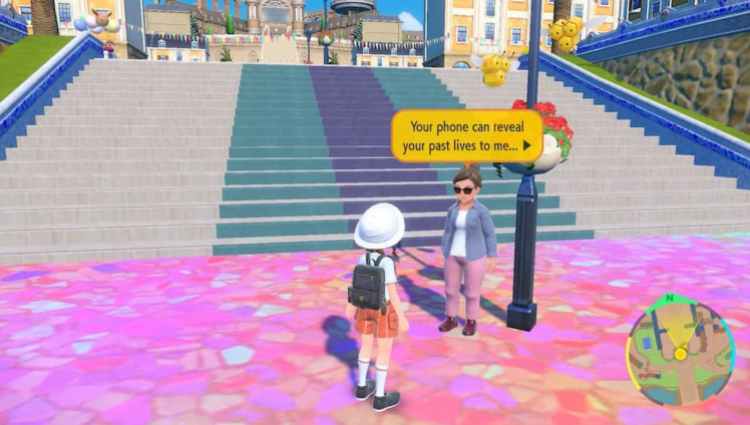