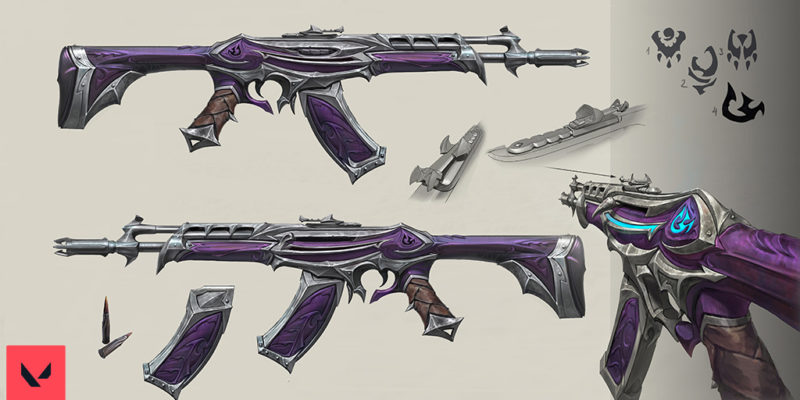 In previous blog posts, Riot Games has talked about the importance of maintaining competitive integrity in Valorant, as well as ensuring cosmetics don’t hinder or provide any advantages to players. The latest post from the team now delves into the process behind the development of weapon skins. It explains how Riot creates weapon fantasies for players while still ensuring that gameplay comes first.

The blog also comes loaded with hints about potential weapon skins coming to Valorant. But before we get into that, let’s take a look at the four rules the Premium Content team follows when making cosmetics. 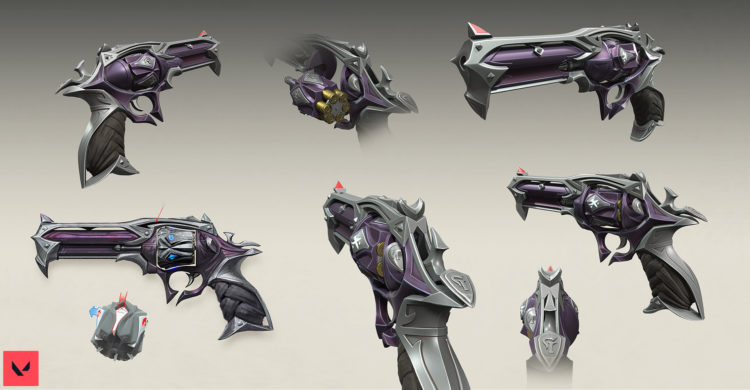 With these rules in mind, Riot can ensure your competitive gameplay experience is never broken because of a cosmetic. For instance, the space a weapon takes up on your screen will almost always be the same. There are some rare exceptions, but they don’t affect gameplay. Another important aspect is that weapons are always easily identifiable when lying on the floor. That means the cosmetic needs to be true to the base weapon model.

Animations also need to follow the rules. All FPS players know that guns have a feel to them. Changing how a gun feels changes whether or not a player enjoys using the weapon. There are also animation and audio cues that players become accustomed to. If you change those, you break the competitive integrity.

So, you never need to worry about a weapon cosmetic’s audio preventing you from hearing other sound cues. Sound cues that are purely cosmetic have their audio reduced to make way for the important stuff. The Valorant team insists that the right audio cues are always prioritized. 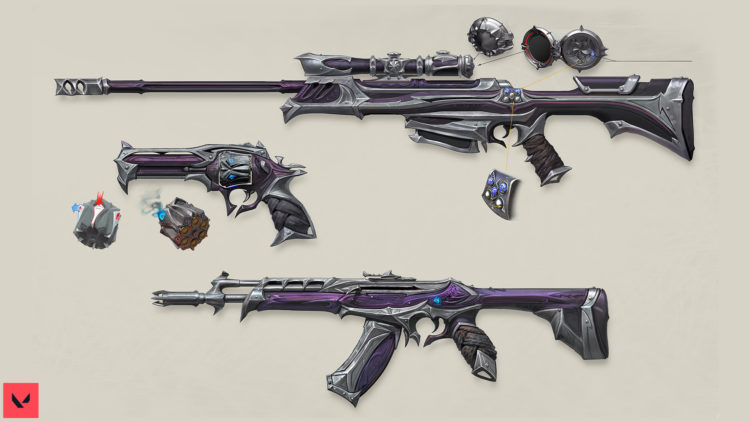 Twice per day, the Valorant team does something called a Design Playtest (DPT). This is where the designers experiment with all these things, as well as new maps and characters. If the cosmetics make it through this, they are then checked with “expert consultants” to ensure they fit the intended theme. Basically, the team finds the ultimate fanboys and girls of particular styles in the office and check if they like the cosmetic.

Those are the guiding principles for Valorant cosmetics. And the team does its best to create what you want. A lot of research went into discovering what themes players want to see in the game. Here’s where the hints about future cosmetics lie.

You can zoom in to the below image and comb through as best you can – it’s not all in focus. There are 130 sticky notes in there, and they all suggest potential cosmetic themes that could make their way into Valorant.

Preeti Khanolkar, the author of the post, talks about stuff like Vandals spitting fire or blasting sleek sci-fi energy. So, you can probably expect cosmetics that do that in the future.

What do you think those moments are for the current cosmetics in Valorant? And let us know what themes and cosmetics you would love to see in the future?