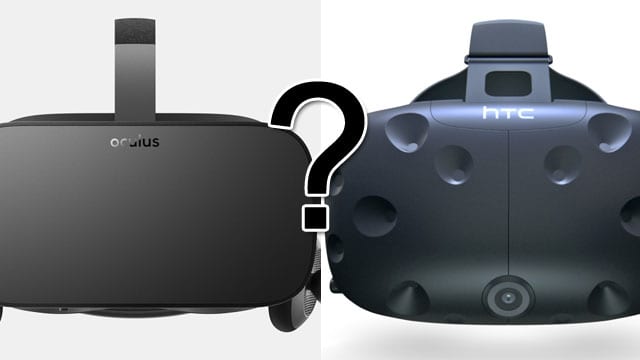 Deep down I was hoping, well, dreaming, that HTC would come out with some outlandishly cheap price for the Vive. As you’ll no doubt have seen, my faint hopes were dashed with the $799 price tag. So where does that leave Virtual Reality now?

I think there will be a lot of disappointed PC gamers around who were hoping that this time, maybe, just maybe, VR had a chance of becoming something big, and fast. With the Vive and Rift having price points of $799 and $599 and respectively (plus whatever shipping and additional taxes customers will be milked for), VR is now something that’s well out of reach for the majority. It’s a hefty, one-off outlay; especially if your PC happens to need an upgrade on top of that.

I have been struggling with this generation of VR. It’s just as cool a concept as it ever has been, but the more I have messed with it, read about it, and seen what’s in development, the more disappointed I’ve become.

See, I jumped on the 90s VR hype train; but that doesn’t compare to the kind of mental expectations being generated today by social media, the increased number of development studios, greater financial investments, and companies like Oculus being sold for ridiculous amounts of cash. Anyone interested in VR is clearly retaining their excitement, but a lot of PC gamers appear to have switched off purely because of the pricing. That’s not great for the platform’s future.

I’m still trying to figure out what the killer app for VR will be, because at this rate it’s not going to be games. With a few notable exceptions, the games we are seeing remind me of the types of games we saw when the Wii came out with it’s cool controllers. You know, straightforward motion puzzles, hitting stuff, throwing stuff, moving stuff. All were fun for a short time, but they got dull pretty quickly. Great if you had kids to amuse, though. 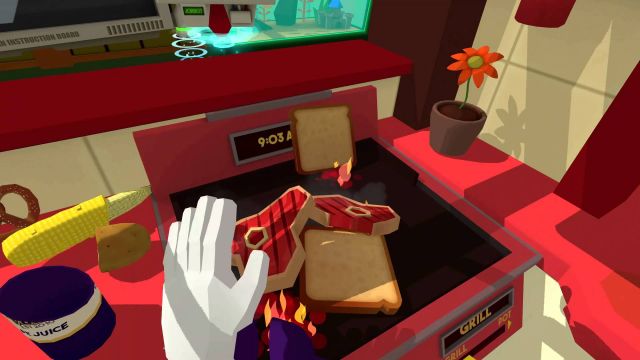 Let’s throw some stuff around with controllers. Remember kids: this is not a safe way to cook.

EVE: Valkyrie is the game everyone has gushed over in demonstrations. It is enjoyable, but even this game may not have long lasting appeal. In fact, it’s hard to say what types of games will manage to have long lasting appeal in a VR setting. We still have all the restraints to deal with across lengthy gaming sessions, like cables (looking like a real problem for the Vive) or headset comfort (for all you glasses-wearers). Oh, and barfing if you’re affected by that motion sickness business.

HTC announced the Vive pricing alongside their phone caller ‘feature’, where you can be notified of calls and text messages inside the headset. I think this revelation made me realise that the manufacturers are now trying to fill the devices with gimmicks. Can we really not stay away from a mobile phone for more that 5 minutes? I despair.

We’ve seen videos of groups of people (actors) sitting around on a sofa laughing as a child plays a game in VR. The thing is, VR is a very solitary experience, not one that can really be enjoyed by people sitting in the same room as you. The word “experience”, which is being used a lot by developers and manufacturers, also sets alarm bells ringing. It’s a very passive sounding word: I want to play a game not just “experience” it.

The HTC price reveal has spurred conversation at least, and now those with the extra cash to spare are having to decide whether to cancel their Oculus pre-order and order an HTC, stick with the Rift, or buy both. The HTC is more expensive, but it’s also the most feature complete bundle; with controllers, the front facing camera, and the freedom to move around a room. Oculus has still to announce the price of their controllers, which could well bring the price of a complete Oculus Rift setup closer to the currently more expensive HTC.

Based on what we know now, I think it’s safe to say that VR is not going to be a “thing” for the masses for quite some time, and that could cause problems. Who among the notoriously risk-adverse videogame publishers will be investing company money and resources into developing VR games if there isn’t a large, waiting installation base out there?

A few months after the Rift and the Vive are released will be when we really know how this will all pan out. Will headsets be left gathering dust on desks? My Oculus Rift DK2 was brushed off for our EVE: Valkyrie preview but before that it had been gathering a nice layer of dead skin for months.

One thing we do know is that today’s VR is aimed firmly at early tech adopters with considerable disposable income. The question is, is VR worth it? Will you take the plunge now, or wait?

Battlefield 5 listed on retailer as WWI shooter then changed

Infiltrate a cult in The Church in the Darkness

By Jason Rodriguez5 hours ago
Features