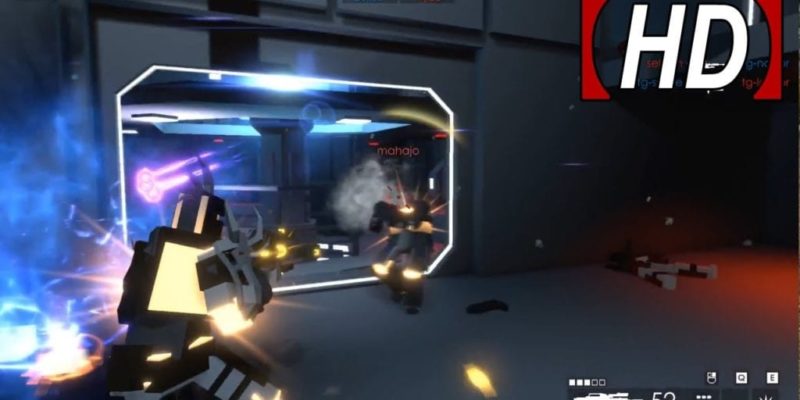 They may not have been able to complete work on Prey 2, but Human Head are now working on stylised block-shooter Minimum. Curiously, this is published by Atari, who I was pretty sure went bankrupt (again) in early 2013. According to Wikipedia “all three Ataris emerged from bankruptcy one year later,” so that whole situation is obviously quite labyrinthine and confusing.

This Atari doing the publishing is Atari Inc, for the record.

Anyway, Minimum. It’s on Steam Early Access today. By the looks of things it’s an arena shooter with a splash of the MOBA, plus blocks and crafting. So basically everything popular from the last year or so of PC gaming, except zombies. Maybe there are zombies too, I don’t know.

The stylised block look is actually rather nice though, as you can see in the old announcement trailer below. I’m glad Human Head didn’t slip into total obscurity after the Prey 2 shenanigans from Bethesda.

Having not actually played this game, I don’t know what kind of Early Access state it’s in. If it raises your interest, I’d do a bit of research to find out what’s in and what’s not yet in there for your $20.00 USD. The latest release notes can be found here.

Watch Dogs tells you all about itself in this 101 trailer

By Cameron Woolsey39 seconds ago
News