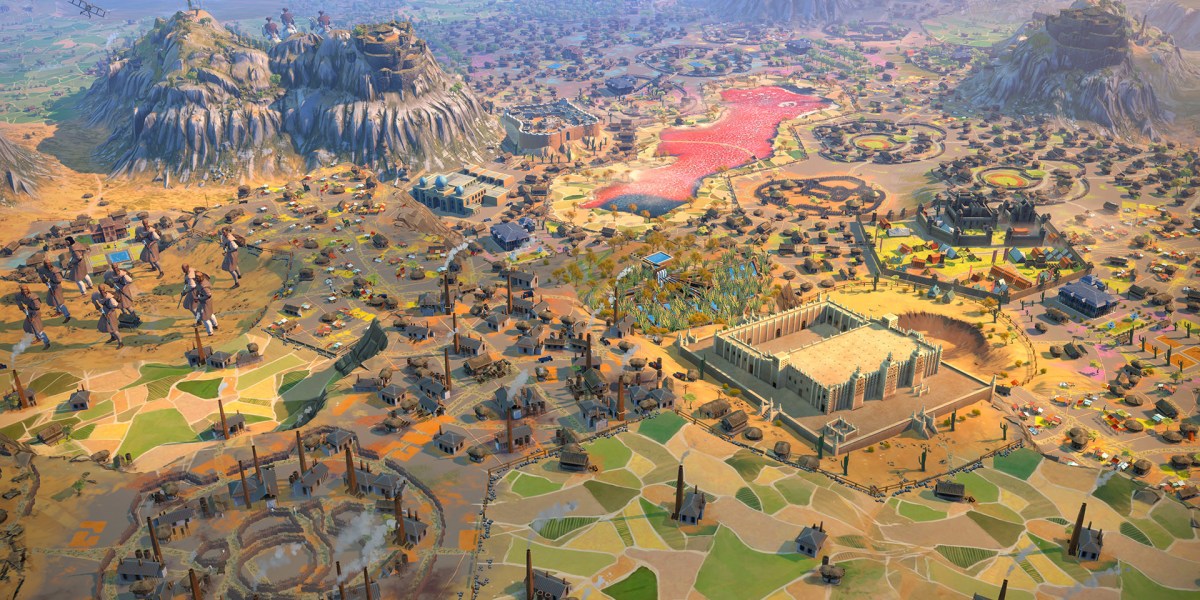 The Humankind: Cultures of Africa Pack is a new DLC that has just recently launched. It adds loads of ways to freshen up your campaign runs. It includes six cultures (or civs), one for each era in the game. Likewise, you may discover new wonders, as well as encounter additional events and independent peoples.

I was able to try the Humankind: Cultures of Africa DLC this past weekend. Indeed, there were some nifty combinations that I was able to test. However, I ended up foregoing some tried and tested picks that I’ve gotten used to last year.

Humankind: Cultures of Africa DLC – Starting as the Bantu

Upon achieving a Neolithic Star and entering the Ancient Era, you’ll be able to choose your first unique culture. The option added by Humankind: Cultures of Africa is the Bantu. The Bantu are similar to the Harappans — what I consider the best civ in the Ancient Era — in that their Tribes are automatically upgraded into their Emblematic Unit (i.e., the Bagendi Pioneers). As nomad-type units, I was able to amass food from battle victories, pillaging, and curiosities. In turn, I spawned dozens of Bagendi Pioneers that were viable for an early-game rush.

Sadly, the Bantu’s Emblematic Quarter, the Mupia Fields, was a bit unwieldy. It replaces Outposts and adds +10 food to every adjacent city, which is impactful for growth. But, the moment you advance to another era and switch civs, this bonus would disappear. I actually had to play another campaign from scratch because I wasn’t prepared for the huge drop to my food generation. 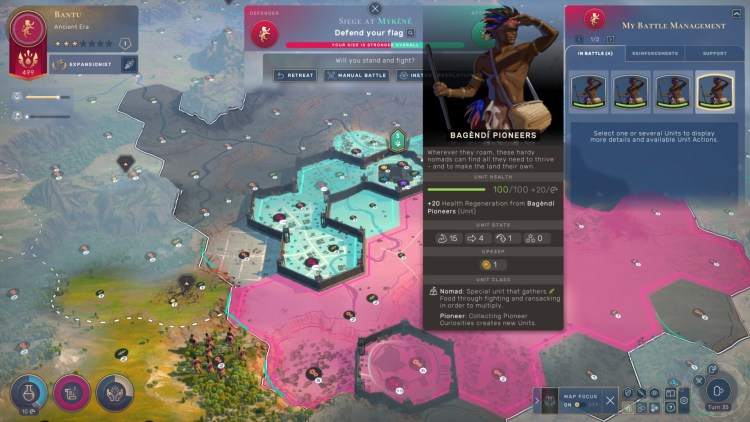 From there, I decided to play more carefully. I used my Bagendi Pioneers to forward-settle and claim territories that were further away (i.e., those with natural wonders).

Four Bagendi Pioneers in a squad could be consumed to create an Outpost/Mupia Fields, as opposed to spending influence. Subsequently, you can recruit them from Outposts/Mupia Fields using influence. It made for rapid expansion given that influence has little use early on apart from unlocking civics. 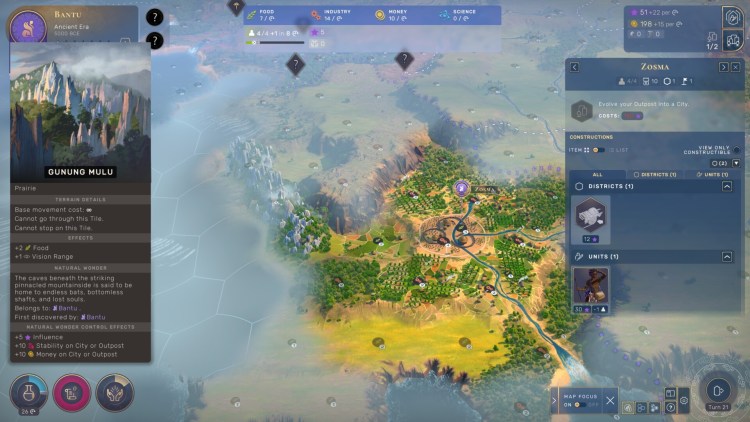 Warfare with the Garamantes and rolling on cash as the Swahili

Once I was ready, I progressed to the Classical Era. Normally, I’d pick the Huns during the Classical Era because of their Hunnic Horsemen. Since I’m playing Humankind: Cultures of Africa, I decided to go with the Garamantes. Truth be told, I was genuinely surprised by the Garamantes’ ridiculously powerful unit, the Javelin Riders.

Javelin Riders have +6 movement points (similar to the Hunnic Horde). But, they’ve also got 27 combat strength, a whopping +3 range, and they can move after attacking. Best of all, every single Bagendi Pioneer you have can be upgraded into a Javelin Rider. Hit and run tactics have never been this easy. The other uniques (i.e., Desert in Bloom trait and Foggara quarter) also offered synergy in terms of food and rewards to a city’s growth. 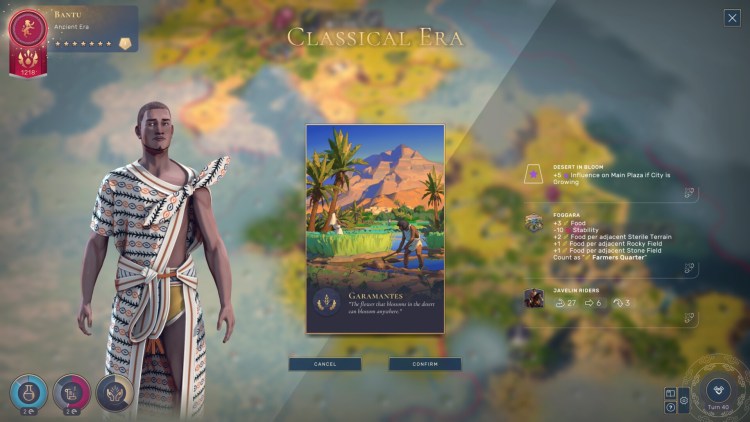 After crushing the nearby independent peoples with my armies, I decided to consolidate my forces and focus on domestics. It was around this time when I advanced further into the Medieval Era to play as the Swahili. Mind you, after the Bagendi Pioneers and Javelin Riders units, the Mtepe of the Swahili disappointed me. As a naval transport, it simply replaces land units that embark and sail across water tiles, all while giving them a ranged attack. Unfortunately, since I hardly bother with naval combat in this game, I made little use of it.

What impressed me when playing as the Swahili, however, were the civ’s other uniques (i.e., Coastal Haven trait and Bandari quarter). The former added stability on harbors and regular districts that were adjacent to harbors. The latter, meanwhile, is a building that acts as a unique coastal improvement, which also adds gold and influence. Given that I used some of my Bagendi Pioneers in the Ancient Era to settle near coastal regions, I was poised to maximize what the Swahili offered a couple of eras later. I should mention that I was still extremely tempted to pick the Khmer here because of their Baray, regardless of the nerf.

In any case, the Medieval Era was also when I constructed the Great Mosque of Djenné, the only cultural/buildable wonder included in the Humankind: Cultures of Africa DLC. It’s a faith-based wonder that allows you to use the Crepissage public ceremony. Continuing to use this over and over yields increased Fame multipliers. You can check the image below which shows the Bandari along the coast and the Great Mosque of Djenné further away on a plateau. 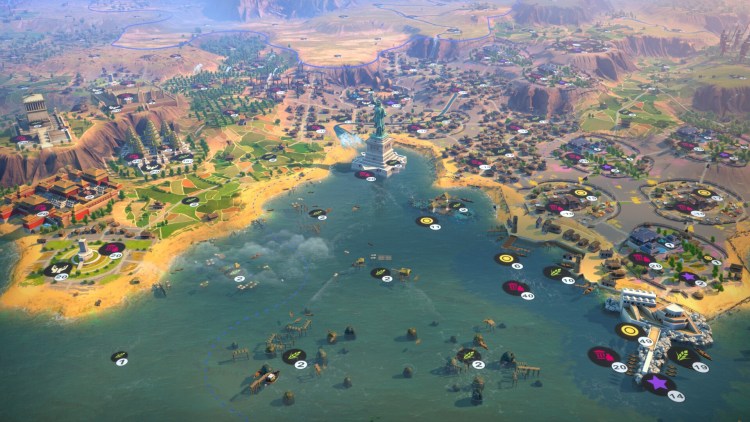 The other civs in the Humankind: Cultures of Africa DLC

While the first three civs in the Humankind: Cultures of Africa impressed me, the rest weren’t too eye-catching. The Maasai in the Early Modern Era had an Agrarian focus, but their Maasai Morans were a bit odd. It seemed as though no unit upgrades into them, which meant that I had to recruit them separately. I’d normally select the Joseon or Ming here depending on my needs, which made the Maasai quite underwhelming.

Next, the Ethiopians were a Militaristic option for the Industrial Era that focuses on garrison defenses. In fact, their Amba quarter is a fortification that can be built on mountains (which made it highly situational). I didn’t make much use of their unique unit, the Oromo Cavalry, since I was behind the tech race due to not choosing a single Science-based civ. 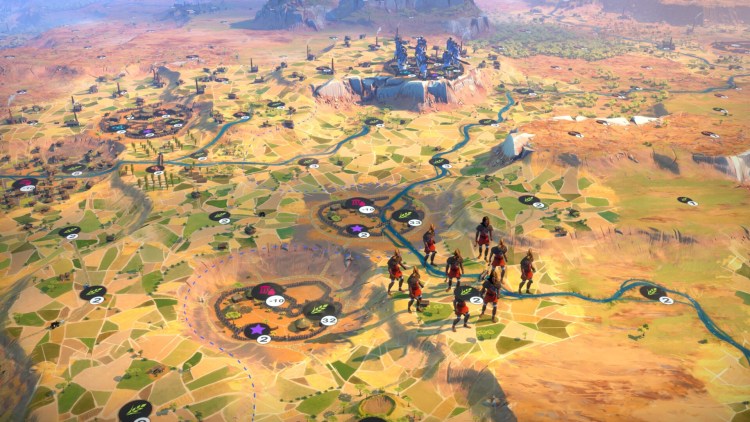 Lastly, the Nigerians are there for the Contemporary Era. They’re another Agrarian civ, though the farmers you assign also give production. Their Oil Refinery and MRAP Vehicle have decent synergy as well. The Oil Refinery, once built, automatically creates an oil deposit that’s exploited. Then, that oil is used to power your MRAP Vehicles.

All in all, I quite enjoyed some of the new additions included in Humankind: Cultures of Africa. The Bantu, Garamantes, and Swahili offered refreshing ways to advance further in your campaign runs. Unfortunately, I couldn’t say the same for the remaining factions. There were instances when I truly felt that I was gimping myself if I didn’t select the ideal vanilla civs. If you’re interested, you can visit our new civs guide, as well as our guides and features hub. 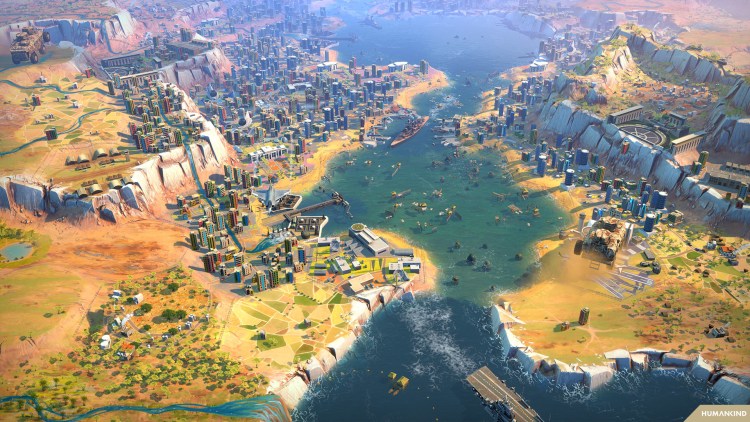