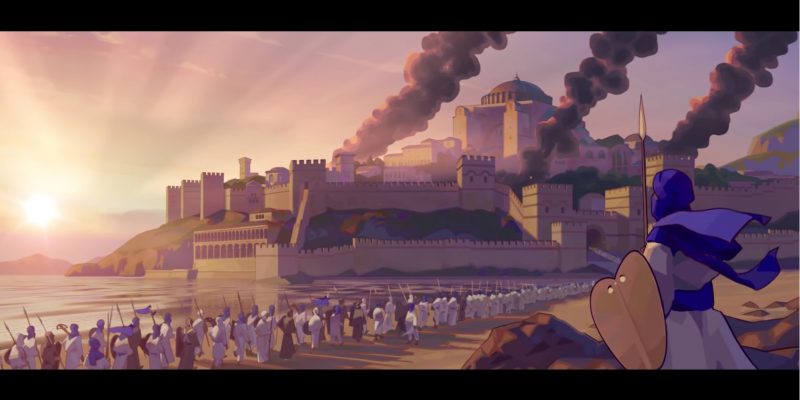 In every 4X game, diplomacy plays a part. Even if your civilization is a war-mongering one, diplomacy dictates exactly how much force you exert on other empires. Naturally, Humankind, the upcoming 4X title from Amplitude, features diplomacy as one of its main gameplay features. Until today, we’ve never seen it in action. Thanks to Humankind‘s recently released feature focus though, we finally know what players can do with diplomacy when the game eventually launches.

When you think of diplomacy, you may imagine things like signing treaties or going to war with other civilizations. While those are both large parts of diplomacy in Humankind, there are a number of other actions you can take in regards to forging peace or making enemies.

According to Humankind lead game designer William Dyce, a number of other options and intricacies are in the game’s diplomacy system to create better stories for players. The example he gives is the buildup to World War I, in which multiple alliances dragged much of Europe into the conflict. “In order to be historically authentic, we needed to add more tools in the player’s toolbox.” As such, you won’t just be forging alliances with other civilizations. Players can issue bribes, threats, or demands to other civilizations, all of which affect your relationship with them.

The number of options players can take during peacetime with other factions matches their options during a war. Players can take the usual path of occupying enemy cities, defeating them in battle, and ransacking villages for resources. However, in Humankind, you win wars by destroying the morale of your enemies. Any populations involved will have a morale meter that slowly lowers as the war goes on. Once that meter reaches zero, the population forces its leaders to surrender, ending the war.

However, the tactics that you use during wars will also define your civilization. For instance, hiring mercenaries rather than building an army will influence your civilization’s ideology. Diplomacy, and events that stem from it, will eventually shape what your country is like.

While its various diplomacy systems seem fun to play around with, we won’t get to for a while. Humankind was recently delayed from its April release window to a definitive date of August 17.

Outriders gear rarity and mods — Everything you need to know

Outriders boss guide: How to defeat Gauss at the Solar Tower