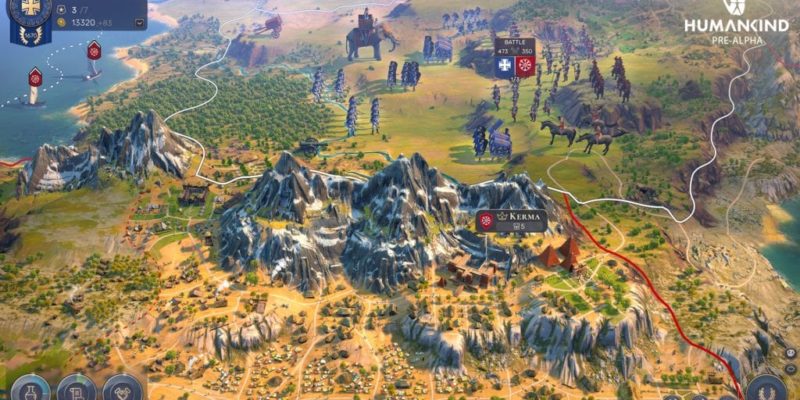 Sega and Amplitude Studios have announced that Humankind will be the next strategy game from the acclaimed company. The creators of the Endless Space series, Amplitude is setting its sights on a smaller scale for Humankind, which looks to be drawing influence from Civilization. In the Gamescom teaser, we don’t see much in the way of gameplay, but it appears to be taking place on a hexagonal grid with players progressing through different eras of history.

In a press release, CCO Romain de Waubert said, “Amplitude Studios was founded with the intention of creating this game, all the games we’ve created up until now have been leading up to this moment. We are so excited to finally be able to share with the community what has been at the heart of Amplitude since day one.” To that effect, the studio is going all out in making sure this is the ultimate strategy game.

History of the world

Humankind is said to feature over “one million civilizations,” with players given the ability to create their own society by combining 60 different historical cultures together. Each game will progress through Ancient Egypt, Ancient Rome, the Khmers, Vikings, etc. until reaching modern times. Different cultures will have unique gameplay options, which is said to lead to “near-endless outcomes.” Humankind will also feature recreations of noteworthy historical events, to which the game will star important figures from history. This will likely mean you’ll encounter people like Alexander the Great, Julius Ceaser, and Hannibal Barca, among others.

Adding a wrinkle to the typical 4X gameplay format is a mechanic called “Fame.” This unifying victory condition is a score total tallied up from the various achievements players will make in their campaigns. Every great deed, every moral choice, every battle won: these will all build Fame and make your civilization notorious throughout the world. The player with the most fame at the end of a given number of turns will emerge victoriously.

Humankind is currently scheduled for release in 2020. Anyone present at Gamescom can catch a first glimpse of the game in action by heading to the Sega area of the Deep Silver Booth.