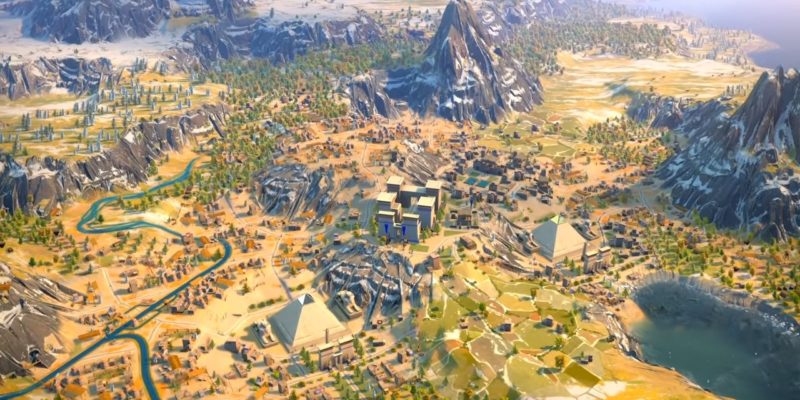 Amplitude Studios’ newest game, Humankind, looks promising for fans of the 4X genre. Endless Legends and the Endless Space series proved that Amplitude has the chops to create a fun, innovative strategy game. However, Humankind dives into territory usually associated with the granddaddy of the 4X game — Civilization. In the latest video from its ongoing series, Amplitude goes into detail about shaping the legacy of your civilization.

In Humankind, Fame is the single unified victory condition. Everything you do builds up to it. That includes building wonders, performing great deeds, making important discoveries, and more. Every Era matters, so there won’t be any rushing to build the last shuttle part to win the game. According to executive producer Jean-Maxime Moris, “Humankind is all about your journey through history, the mark you leave on it, and the civilization you build along the way.”

To achieve Fame, players can try and get Era Stars. These achievements are divided into different categories that represent different playstyles, such as population growth, economic power, or units killed. This allows every type of play to achieve fame, and particularly industrious players will likely be able to use it to great effect. 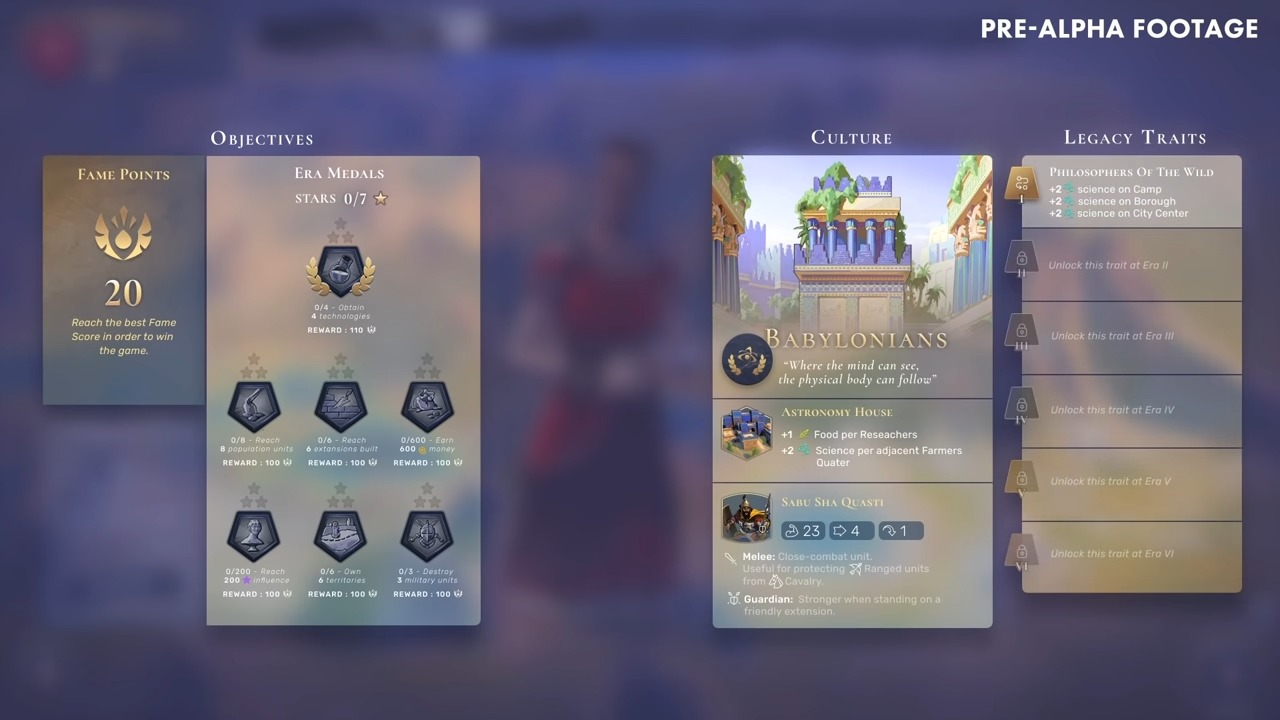 In order to achieve historical accuracy, Amplitude consulted with several historians during development. This helped the studio create distinct, authentic cultures and unique playstyles. Humankind has six eras, from the Bronze Age to the Modern Age, and players will be able to choose from ten cultures during each era.

For example, the Classical Era will allow players to choose from the Goths, Mauryans, Mayans, Persians, and more. So if a player is playing as the Assyrians in the Bronze Era, they can choose to adopt the Roman culture during the Classical Era. As you adopt each culture, you will gain access to a unique Legacy Trait, which sticks around with your civilization until the end of the game. The Babylonian’s Legacy Trait, for instance, provides a strong science buff that would be useful in the early game.

In the case that a player doesn’t want to abandon their original culture, they can instead choose to transcend. They don’t adopt a new culture, which means they miss out on the new Legacy Trait, but they do receive Fame.

Humankind‘s civilizations will have unique units and buildings called Emblematic Units and Emblematic Quarters, respectively. In the video, Amplitude gives us a glimpse of Babylon’s special quarters and units. The Astronomy House gives extra food and science. Babylon’s unique unit, the Sabu Sha Quasti, is a good defensive melee unit designed to protect ranged units. All in all, it sounds like it will cater to a nice turtle-and-research playstyle.

Humankind has a planned release date for sometime in 2020. You can wishlist it on Steam.

Resident Evil 3 — How to get the bolt cutters and shotgun

By Greg Bargas25 mins ago
News