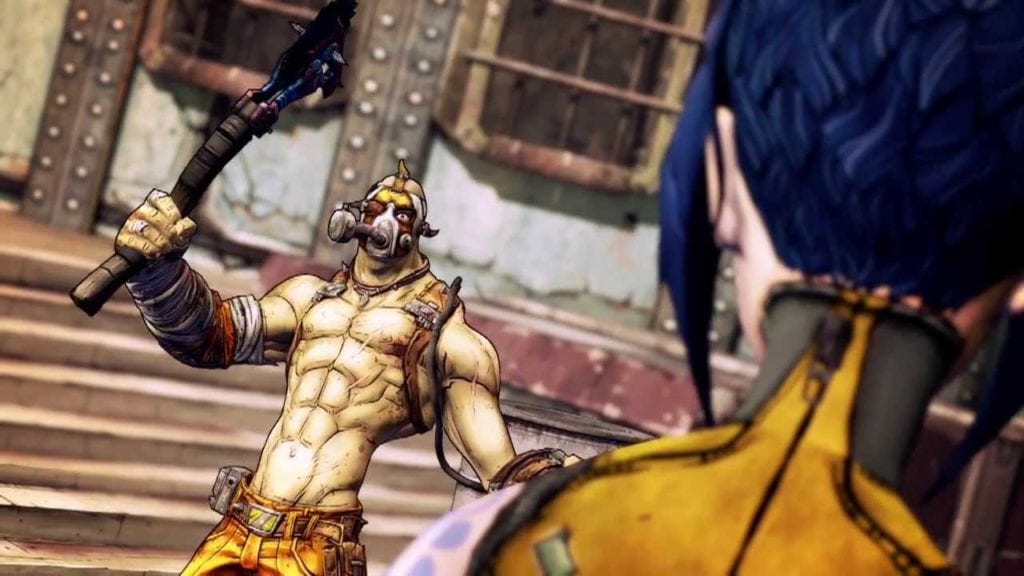 The latest Humble Bundle is offering you tickets to the Borderlands of Pandora, for a low, low price.

Paying $1 or more nets you Borderlands, plus its three DLC packs – The Zombie Island of Dr. Ned, Mad Moxxi’s Underdome Riot, and The Secret Armory of General Knoxx.

Opt to pay more than the average (currently $4.82) and you’ll also get Borderlands 2, the two character add-on packs (Krieg the Psycho and Gaige the Mechromancer), the Creature Slaughterdome add-on, a 75% off coupon for Borderlands: The Pre-Sequel! on the Humble Store, and “more coming soon”.

Finally, opt to pay $15 or more and you’ll get all of the above, plus the Borderlands 2 Season Pass, the Ultimate Vault Hunter Upgrade Pack 2, and Headhunter 5: The Son of Crawmerax. Oh, and a 25% off coupon for merchandise on the 2K Store.

And, uh… yeah, okay, I think this is a pretty solid bundle, whatever tier you opt for. I’m not going to comment on the Borderlands: The Pre-Sequel discount (which drops it to about £7.50) because I haven’t played it yet, and the original Borderlands had a bit of a crap PC port so it’s probably too worthwhile just for that (although for $1, it’s hard to complain).

But! $5 for Borderlands 2 and its extra characters is rather good, and paying ten dollars to get yourself the game’s four main expansions is also a decent option. I can’t remember how much all of this would’ve been in the just-passed Steam sale, but if you haven’t already picked up Borderlands 2, I suspect this is one of the cheaper ways of getting this much stuff.

Tales from the Borderlands, Episode 3: “Catch A Ride” Is Here