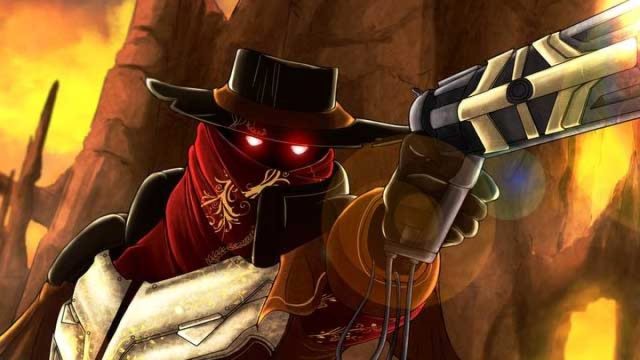 While E3 is telling you all the things you can buy in the future, Humble Bundle are offering you things to buy right now with their E3 2017 Digital Ticket.

It’s a fairly random mix of stuff rather than the usual Humble Bundle “lots of games”, so let’s go through the tiers:

$1 nets you the most stuff, in terms of pure quantity. That’ll net you 500 coins on the Amazon Appstore, beta access to Spellforce 2, the TV series tie-in game Gemini: Heroes Reborn, the Thug Starter Pack for Crossout, an “E3 exclusive crate” for Battle Islands Commanders, a Demon Hunter bundle for Gems of War, a Prosk Starter Bundle for HAWKEN, a Poharan Pack for MXM, the Shadow Guard bundle for Blade & Soul, a portrait pack for Tyranny, a Classic Pack for Rock of Ages 2, and a Professional Imposter Kit for Gotham City Imposters. Are people still playing Gotham City Imposters? Is that a thing?

Beating the average (currently $5.19) nets you a copy of XCOM: Enemy Unknown Complete Edition as well as an Eagle Pack for Robocraft, a First Connection Crate for Ghost in the Shell: Stand Alone Complex First Assault Online, the E3 Heroic Ranger’s Fury Pack for Riders of Icarus, a Gilded White Steed for Neverwinter, a Gunslinger Pack for Paragon‘s Revenant hero, and a Fleet Recruitment Pack for a PlayStation 4 game called Dreadnought.

Finally, the highest tier ($15) offers up a bunch of actual games and some DLC. “Puzzle-stunt game” HackyZack, Verdun, and Pac-Man Championship Edition 2 are the games in this tier, with the Duke Nukem DLC for Bulletstorm: Full Clip Edition and The Grim and the Grave DLC for Total War: Warhammer thrown in. Also, two Twitch crates, includes random Twitch stuff.

If you don’t fancy actually paying for things, then you can just sign up for the newsletter to get a bunch of coupons (50% off Silence, various amounts off the various Tyranny versions, and 40% off Styx: Shards of Darkness) and a couple of demos.

Not the most amazing thing I’ve seen, but it’s a lot of varied stuff. If you actually play a few of those games, it might be worthwhile! If you fancy it – or seeing it in detail – you can wander on over to the bundle’s page on the Humble Bundle website.

The Evil Within 2 seemingly confirmed by promotional ad