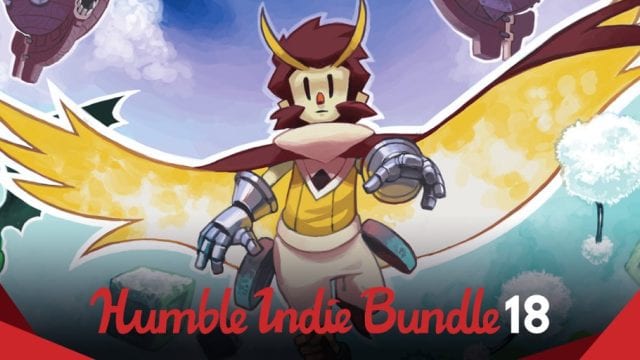 The eighteenth Humble Indie Bundle has launched today, featuring another collection of independent titles headlined by Owlboy. If you want to get that title, then it’ll cost you $13.00 USD or more; but as usual there are multiple payment tier options.

At $1.00 USD or more, you’ll get Steamworld Heist, Windward, and Ziggurat. Of those, I’m only really familiar with SH, which is a turn-based robo-squad tactics game with a kind of Sci-fi Old West theme. Good stuff.

If you pay more than the average ($6.50 USD at the time of writing), then you’ll add the incredible Kentucky Route Zero, the goat-filled Goat Simulator (plus all DLC), and the I-haven’t-played-it Beholder to your games basket. KRZ still hasn’t concluded yet, but has just one episode left to come at this point. More games will apparently be added to this tier in another week (if you buy now, you’ll still get them).

Finally, as mentioned, the top tier of $13 USD or more features Owlboy. The platformer only came out in November last year, so you’re getting a bit of a deal there.

Standard Humble Bundle rules apply. You can split your payment between the game developers, various charities, and/or Humble themselves. I’m sure most people know how this works by now.

Far Cry 5 and The Crew 2 officially revealed by Ubisoft