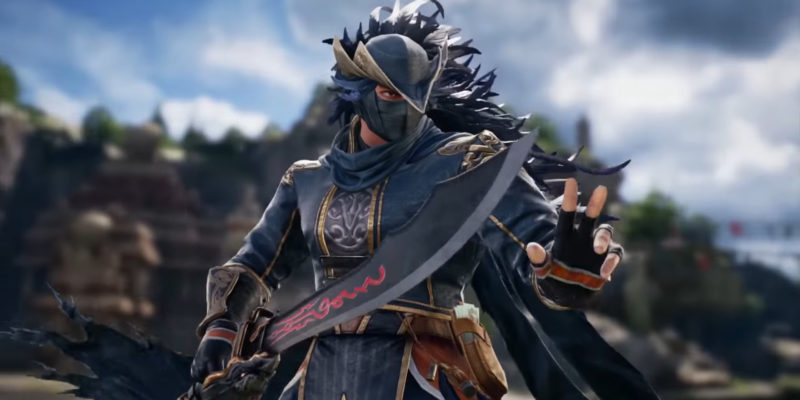 Hwang Seong-gyeong, the Korean swordsman, has been missing for a while in Soulcalibur. Today, however, I have a good feeling I know what he’s been up to: sitting on his ass playing video games. Namely Bloodborne, as it looks like Hwang has just cleared the streets of Yarnham and got a little too into character, sporting what clearly looks like hunter cosplay from the From Software game. Hwang leaves a 15-year hiatus to join his fellows in Soulcalibur VI as the final DLC character on December 2.

I just can’t get over Hwang’s new look. Gone are the blues and greens of his casual attire in prior games. In the trailer released today, he’s decked out in a dark outfit with flowing, tattered strands, and a pointed, feathered hat that would fit so well in the Bloodborne universe. He’s also wearing a face covering, leading me to believe he’s hiding the Cheetos dust acquired after finally completing the hunt. We do see him without the hat and mask late in the trailer, though.

Beyond the new look, Hwang appears roughly the same fighter you’d remember. Despite not being seen since Soulcalibur III, his moveset appears the same. Hwang still carries the broad, Chinese blade. He twirls and spins as he attacks, letting one move flow into the next. Though I haven’t played as Hwang since the original game, his style is still unmistakable.

Hwang isn’t the only one decked out in cosplay. Along with his entry in Season Pass 2, Bandai Namco is dropping more customization sets for Soulcalibur VI players. Character Creation Set F offers more Tekken-themed gear. So, if you’re desperate to dress Astaroth up as a arguably beefier King, this pack is for you.

Hwang will join Soulcalibur VI as a part of Season Pass 2 starting December 2. 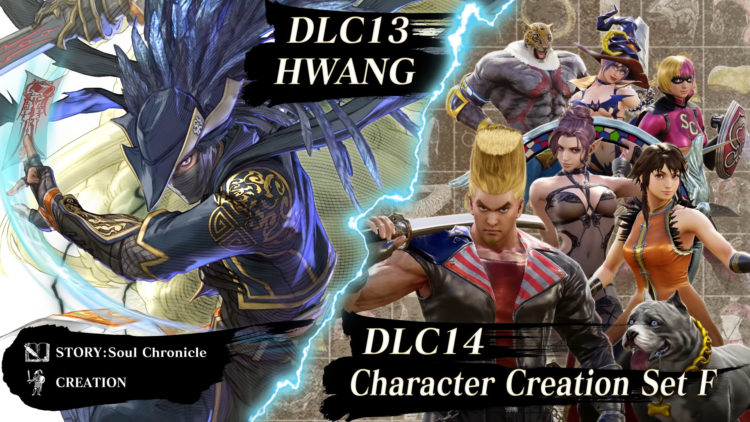