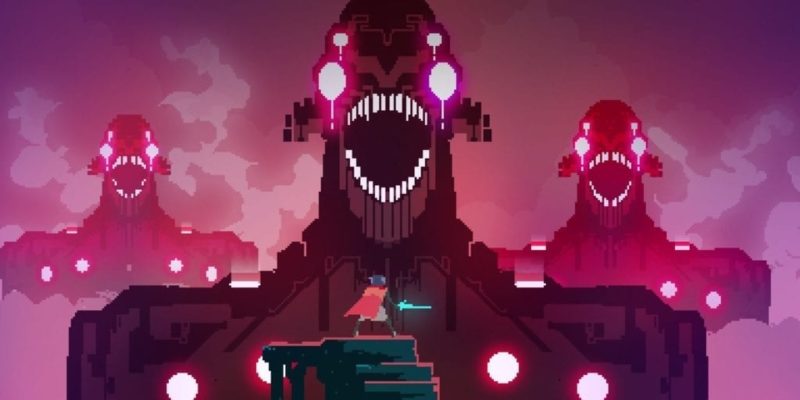 Say what you will about Epic Games Store, but it’s hard to decry how awesome all the free games are. Between Aug. 15 and 22, those who have downloaded the EGS launcher will be able to grab their copies of Hyper Light Drifter and Mutant Year Zero: Road to Eden at no cost.

Hyper Light Drifter is Heart Machine’s stunningly beautiful yet very challenging hack-and-slash adventure. The story is never directly told to the player; in fact, there’s no spoken dialogue at all. Instead, it tasks players with observing the environment and piecing details together themselves. Even if you don’t finish the game understanding every little detail, you’ll still enjoy the unique adventure. Plus, there are plenty of theories floating around on what actually happened in the game and the symbolism behind it.

If the story isn’t something you’re too worried about, you’ll still be able to bask in Hyper Light Drifter‘s neon color-infused pixel art style and challenging combat. It’s easy to recommend to anyone who hasn’t played it. What better time is there to try it out than when it’s free?

Mutant Year Zero: Road to Eden is a different kind of beast. Human beings have become almost entirely extinct, and those who remain are highly mutated. The player is tasked with controlling two of these mutants, Bormin and Dux, as they search for a missing Stalker named Hammon. In their adventure, they meet new mutants and a religious band of Ghouls looking to destroy the Stalker’s home settlement.

Its combat is turn-based, in the same vein of XCOM, but has an interesting spin on stealth-based gameplay. Outside of battles, the post-apocalyptic world can be explored in real time. I haven’t had the chance to play Mutant Year Zero myself, but you can bet that will be changing come Aug. 15.

Will you be grabbing Hyper Light Drifter and Mutant Year Zero on Epic Games Store next week? Have you played either of them and want to recommend if they should be picked up while they’re free? Let us know in the comments below!

No Man’s Sky Beyond update lets you ride alien animals