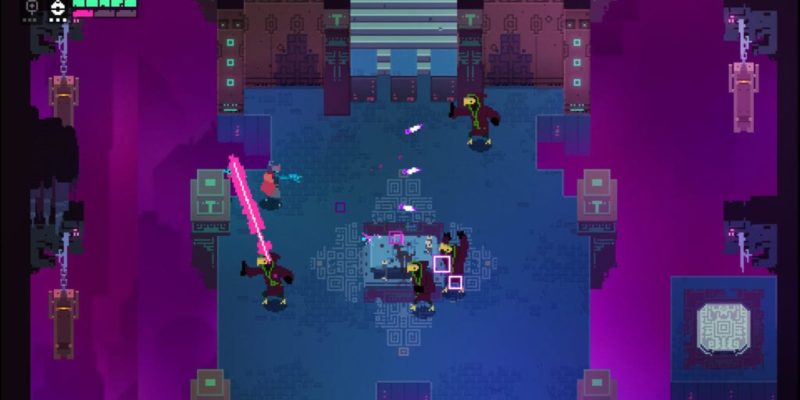 Heart Machine have been busy (very busy, by the sounds of it) adding a 60fps option for Hyper Light Drifter on PC, as well as other goodies like a Boss Rush mode. This stuff is all in beta right now, but can be accessed through opting-in to a Steam beta branch.

You probably know how to do that by now, but if not: right-click on Hyper Light Drifter in your Steam library, bring up Properties, navigate to the Beta tab, and then select the beta branch from the drop-down menu. The game should start updating automatically (sometimes Steam needs restarting to prompt this).

After this update has been tested a little further, Heart Machine will push it out for everybody. If 60fps seems to be causing any problems in its beta form, there’s still an options menu toggle to lock it back at 30. The higher frame-rate was made possible by the studio combing “through over 115 thousand lines of code the past several months” and “manually changing timings of each object and enemy, fixing the dozens upon dozens of little problems that arose when changing frame timing.”

The new Boss Rush mode is unlocked once a player has beaten Hyper Light Drifter, and that’s now more straightforward than before with the other new addition of ‘Newcomer’ mode. This makes the game easier, but also locks off certain achievements.