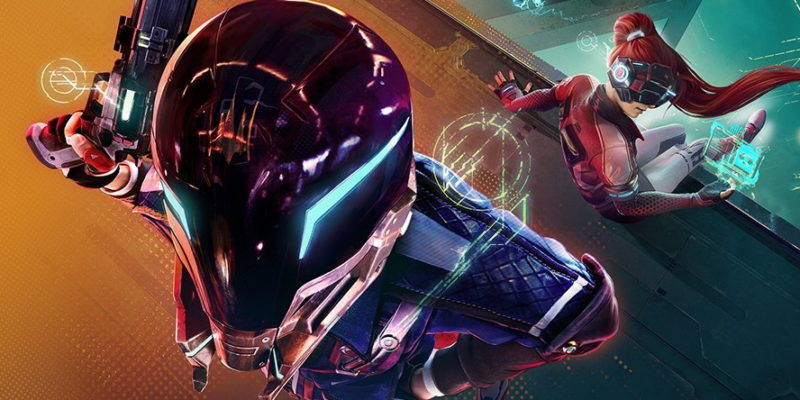 One part Ready Player One, one part Sword Art Online, Ubisoft showed off some more of its futuristic sci-fi battle royale game Hyper Scape with a new cinematic trailer. The game was officially revealed less than a couple of weeks ago, so it was expected to see it at today’s Ubisoft Forward livestream event. Hyper Scape definitely has more of a focus on story than the typical battle royale game (i.e., none at all) so it should help itself separate from the pack in that aspect. And you can try it today, as it goes into open beta.

If you die in the game you die for real

The game is in open beta today, free for all PC players. You just have to download the beta client through your UPlay account. The game does a few things differently from other battle royales. One of the more welcome changes to Hyper Scape is that if you die you can go to a certain point on the map (usually where an enemy gets downed) and get revived by your teammates. This way defeated players aren’t stuck watching the camera for minutes at a time.

Another big new feature for the game is its integration with Twitch. You can progress your Battle Pass by watching a streamer with CrownCast activated for up to two tiers a day. This will benefit players as well as streamers who dedicate themselves to the game. Streamers will also be able to directly invite their viewers into their squad, and a new event, Haste, has been added that increases the game’s speed for all Contenders.

In addition to Squad and Solo modes, the open beta will also feature two new modes called Hack Runner Squad, and Turbo Mode Squad. No information was given on the two new modes at this time.

Get your future on

After the show, we got to check out an entire match of Hyper Scape where you can see some active gameplay which you can check out here. You can jump on the open beta starting today from the game’s main site.