The HyperX Cloud Stinger 2 is a fully plastic, straight to the point kind of headset. It doesn’t come with any fancy tricks or odd gimmicks to try and make it seem grander than it really is. And I like that. But, at the same time, you also have to consider that this simplistic approach also means what you see, or in this case, hear, is what you’re going to get.

In the several hours and different scenarios I’ve put the Cloud Stinger 2 through, my thoughts of it are basically summed up with, “It’s nice, but...”

Back to the basics

Being an entry-level headset, the Cloud Stinger 2’s specs aren’t anything extraordinary. They’re quite modest, packing-in a pretty typical set of features; an all-plastic design, standard 50mm drivers in both earcups, and a basic (non-removeable) mic.

While an all-plastic design isn’t uncommon for budget-focused headsets, the mold used for the Cloud Stinger 2’s feels rather cheap and hollow. This just doubles-down on the ‘plain Jane’ feel I mentioned earlier.

The feel of the headset isn’t as important as how the cans sound, but its cheapness doesn’t inspire much confidence when I consider putting them in a bag. While I have a hardshell case for my regular pair of headphones, I still feel like I can get away with slipping them into a pocket of my backpack unsheathed if the need arises. The Cloud Stinger 2, on the other hand, feels far more fragile. At the very least, however, the ear cups do swivel to allow the cups to lay flat, though there isn’t a folding mechanism.

That said, the actual design itself isn’t bad at all. In typical HyperX fashion, this headset is big, and there’s a nice textured set of ridges along each earcup and the headband. The engraved HyperX logo is also a neat touch. 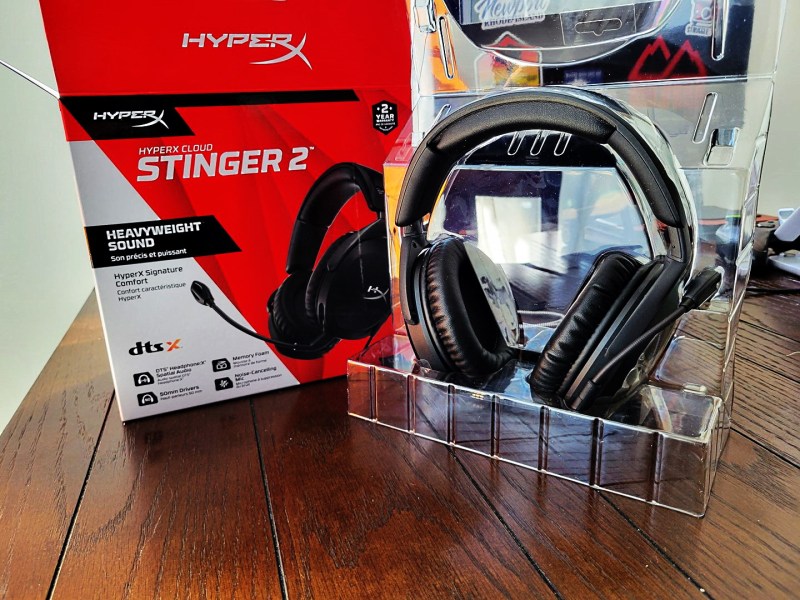 Seeing that these are gamer-focused, it’s notable that the headset’s visual design is actually quite subtle. There’s no RGB or wild color accents; the only splash of color is the red rotating volume dial that’s nestled into the bottom of the right earcup. Wearing these in a more professional-oriented video conference (which I also tested) doesn’t look too obnoxious.

The Cloud Stinger 2’s are certainly comfortable, to say the least. Those chunky earcups do well to completely cover the ears, so you shouldn’t get any of the dreaded ear fatigue that on-ear headphones tend to cause. Not to mention the equally large headrest has a nice cushion to it, further adding to the Cloud Stinger 2’s comfort factor. That said, the headset’s size is both a curse and a blessing.

“Can you turn that down?”

I did some of my testing while sitting next to my fiancée. When she said something to me, I couldn’t hear her while my audio was on. Once I removed the headset, though, she mentioned she could hear everything that was coming out of them. I confirmed these claims when I let her wear them, and I, too, could hear just about everything that was being played. So, while this headset does cancel out sound as long as something is playing through them, you may very well end up distracting someone else nearby. As far as the experience goes for the actual headphone listener, it’s best described as lukewarm. 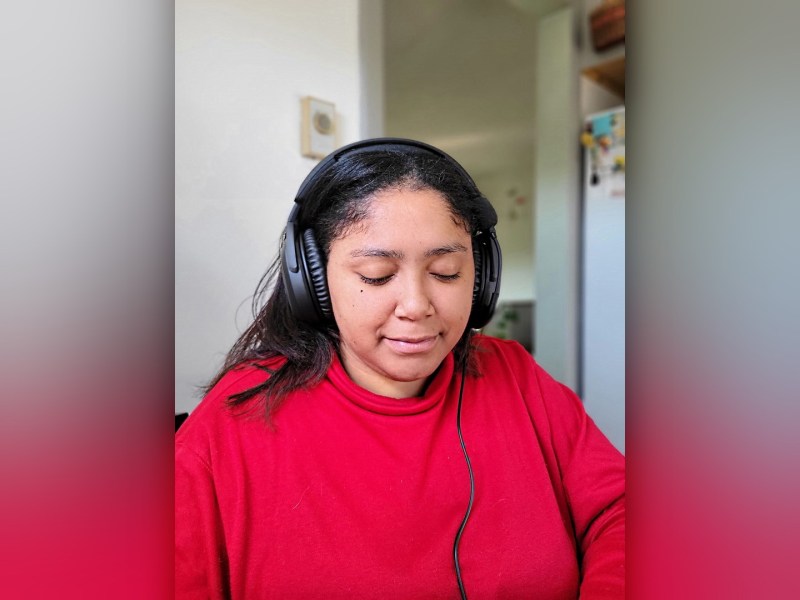 While I’m not as picky as a true audiophile, neither do I consider myself to be so casual that I’ll be happy with just any pair of headphones. Seeing that I do take the time out to equalize each of my audio devices, I guess I sit somewhere in between an audiophile and a casual listener.

That said, the Cloud Stinger 2’s sound quality is also quite middle of the road, which is likely unsurprising at this point in the review. It certainly isn’t the most basic-sounding headset I’ve ever had, but they haven’t blown me away by any means. They’re simply just fine.

As mentioned as a feature in the documentation, HyperX does include a two-year subscription to the DTS Sound Unbound Microsoft Store app. However, my product key refused to activate. 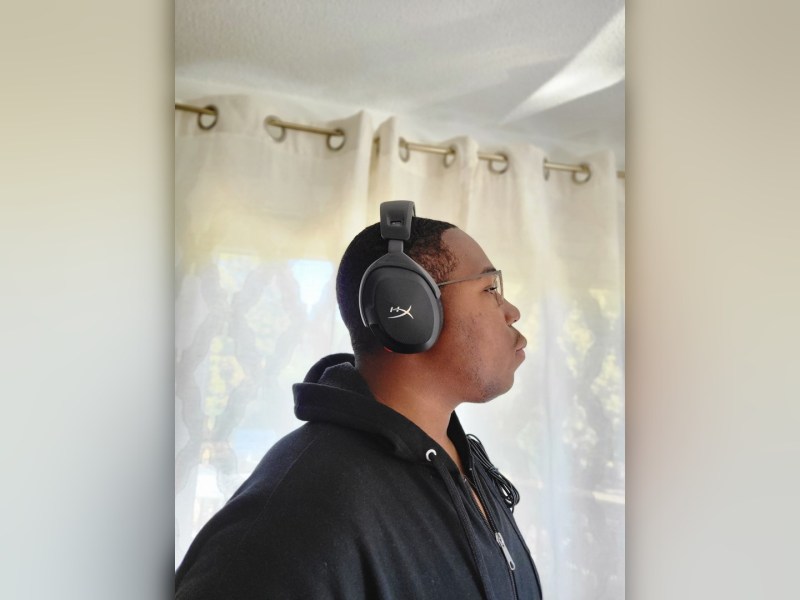 Thankfully, I already use Boom 3D along with the free Peace Equalizer. So I was able to equalize the Cloud Stinger 2 to my liking and try it out by watching YouTube videos, listening to music, and, of course, playing some games. Regardless of what’s playing, the headsets drivers never seemed to excel in any one particular area. While the separation of different instruments and sounds is noticeable, the headset simply does not produce a satisfying level of bass. Thus, everything sounds merely adequate; a little tinny at times, and a little muddy at others. The overall quality is okay but not exceptional.

And when I consider how large and comfy the earcups are, the fact that they lack a decent enough seal to prevent audio leakage in addition to not really producing thumpy-bass is a bit of a disappointment.

For reference, I daily the Soundcore Life Q20 wireless headphones made by Anker. These are also in the budget category, coming in at just $59.99 — just $10 more than the Cloud Stinger 2. Despite being far smaller and sporting an on-ear design, they blow past the Cloud Stinger 2’s. The bass is far heftier, the seal is much better, and the build quality is more robust.

The earcups are also more flexible for storage purposes, in addition to it being both wired/wireless and having the ability to activate noise cancelling even when wired. The odd thing about the Q20s is that they sound dramatically better when in noise-cancelling mode. Turned off, they don’t sound all that different from the Cloud Stinger 2, but the key is that they can sound better. Meanwhile, with the Cloud Stinger 2, you’re stuck with what it can produce on its own.

No amount of audio enhancement really pushed them beyond the levels I achieved. I tried different configurations, and even used the same audio profile as I have for the Soundcore headphones. Swapping between the corresponding profiles across both headsets, it became even clearer that the Q20s are simply better tuned and more powerful. 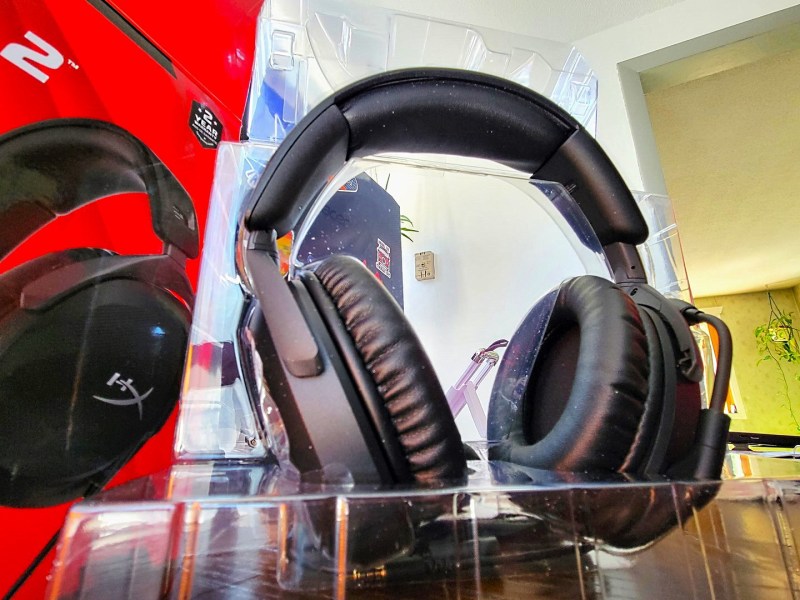 When I used the profile I made for the HyperX headphones with the Q20s, it produced that same tinny and muddy effect I mentioned before. Yet when I used the Q20 sound profile on the HyperX cans, it failed to match the same ‘oomph’ that those headphones have.

At least the Cloud Stinger 2’s mic fares a bit better with audio processing. I tried it out both as-is and with enhancements thanks to Nvidia Broadcast. On its own, the mic is fairly crunchy, but serviceable. It’s good enough to make out your voice, but it’s very obvious you’re using a low-quality mic.

With Nvidia Broadcast cancelling out background noise, and with some extra volume boost thanks to Windows itself, I got a noticeably better sound profile from the mic. It’s still basic, mind you, but it does a better job. Obviously, though, this particular method of on-the-fly processing is only available to those who have RTX cards.

HyperX certainly knows that it’s appealing to the budget-conscious crowd with an option like this, and the Cloud Stinger 2 does fit the bill. If you care strongly about audio quality, then you’re better off with the aforementioned Soundcore offering, or an equivalent. But, for someone who’s just getting started in the world of gaming, or simply doesn’t mind a less-than-stellar sound profile, this headset can still work.

While I’m not sure the additional audio processing that HyperX “ensures” from DTS would make much of a difference anyway, the Cloud Stinger 2 can certainly get the job done across the board. It just does so with modesty in mind and nothing beyond.

All prices mentioned are in USD.

The budget-focused Cloud Stinger 2 by HyperX is a great example of "you get what you pay for." It's neither bad nor exceptional. Extra audio processing doesn't really provide much of an improvement, and its mic is merely serviceable. The lack of deep bass and somewhat tinny audio quality is also a disappointment. Yet, it's comfortable design and "okay" sound quality make it a decent option for budget-focused shoppers.

Kerbal Space Program 2 to release in Early Access next February