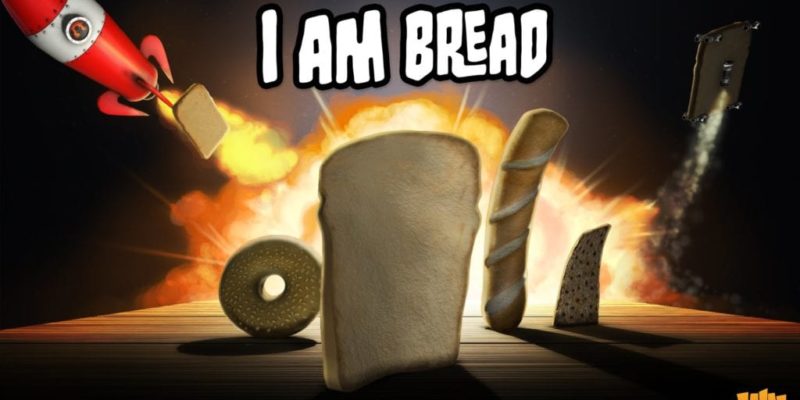 No more loafing around in Early Access for I Am Bread; the game has now flour-ed into a full release. If, for some sick reason, you enjoyed those bread puns, and think you’d enjoy a control system that allows you to manipulate every corner of a slice of bread, this game could really be your cup of tea.

I mean your slice of bread. Whatever, I forgot what type of puns we were doing.

I Am Bread‘s official release should be slightly easier to approach than the Early Access version, because Bossa have actually put a proper tutorial in there now. There’s also a new “Magic Marmalade” item on each level, which (when smashed) will disable the grip and edibility meters. For those who haven’t played the game, that will make completing any given level a lot more straightforward.

This version has a couple of new areas, too. You can attempt to find crispy enlightenment in a Gas Station (should be pretty simple, right?) and bounce around inside a car for some reason. The car level apparently provides some kind of epilogue to the game’s story (yes, there’s a story, it’s only 95% hard to control bread who wants to be toast) and holds a mysterious secret.

The mysterious secret is probably something that’ll make the game even more troublesome to control, if I know anything about Bossa.

I Am Bread costs ten quid. Or about thirteen dollars. Or nothing, if you already bought the Early Access version. Here’s a nutritious trailer.

Call of Duty: Black Ops 3 is a thing, has a teaser