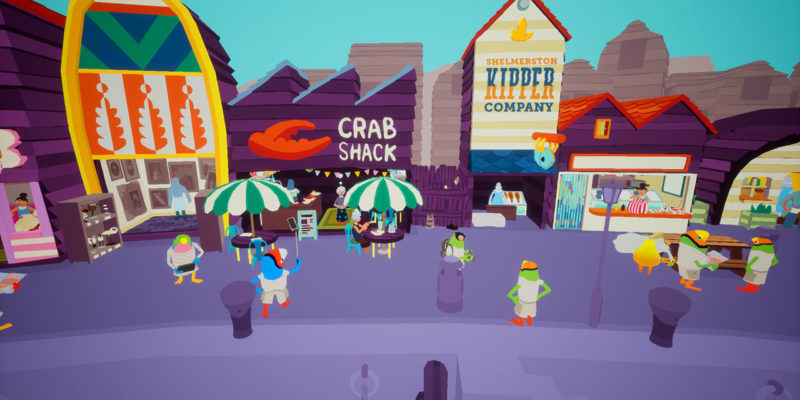 I Am Dead is a puzzle-adventure game about a museum curator called Morris Lupton and his dog Sparky. They are both dead which actually grants them each the ability to see inside objects and peoples’ memories. The game is developed by Hollow Ponds and published by Annapurna Interactive. Recently, they uploaded a short I Am Dead walkthrough trailer, demonstrating gameplay and some of the in-game features.

The objective of the game is to save the island of Shelmerston from a volcanic eruption which can only be done using Morris’ ghostly abilities. Shelmerston is important to Morris as it used to be his home. According to the trailer, you can ”use your ghostly powers to reveal secrets, solve problems, and meet other ghosts.” The way you look inside objects is quite unique, and understanding the mechanic is crucial for advancing through the game.

The video also introduces us to some of the people you will encounter on the island. This includes human locals, fish folks, and bird people who all have distinct personas and backstories.

There are perks to being a ghost

The concept of characters being ghosts is not supposed to be scary, but rather, expansive to the experience. In the I Am Dead walkthrough video, the developers state ”so this is a game about ghosts, but we don’t think about them as ghosts really.” Specifically, it’s a game ”about normal people who just happen to be ghosts.” Their stories are told through a series of memories and the objects they left behind. However, it is up to you to find them.

I Am Dead is set to release in September. Additionally, the game will be available on Steam for PC, as well as on Nintendo Switch. There is no doubt that this brightly colored game will be a hit among puzzle-adventure game fans. Perhaps the ability to see “things inside things inside things,” will leave you wanting to discover every single secret.