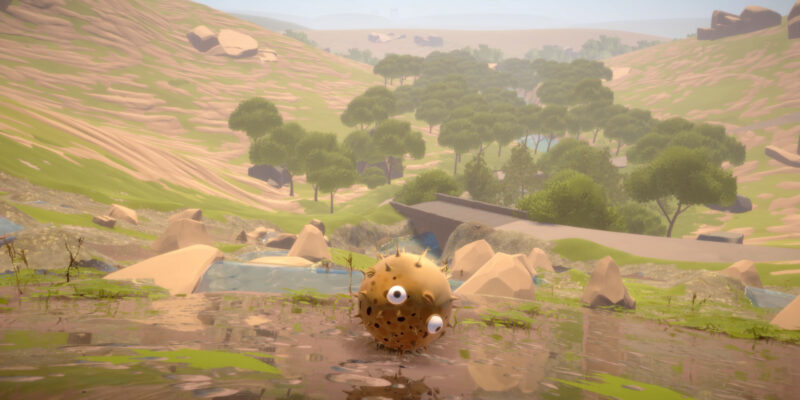 A new physics-based 3D platformer is swimming over to Steam, and it’s called I Am Fish. The game was revealed a while back with a playable demo on Steam, but we’re finally getting some more news on I Am Fish and its waterlogged adventure, including a release date.

I Am Fish will follow four fish friends after they’re forcibly separated from their home at a pet fish shop. Players must swim, fly, and roll their way through different environments, like city rooftops or downtown traffic. Your goal is to reunite these fishy friends back together at the ocean.

Developer Bossa Studios released some physics-based (and possibly frustrating) cult classics before, like Surgeon Simulator 2 and I Am Bread. I Am Fish looks like it’ll fit into Bossa Studios’ pedigree of quirky games. While the game seems like a family-friendly platforming version of Finding Nemo, the game is reportedly a little more twisted than that. For example, our poor playable goldfish is lanced by a used syringe in a sewer segment, while our peckish piranha friend finds himself amongst an entire supply of hospital blood. There’s some violence to be had, it seems.

There are plenty more dangers and environments to come, like a spot of freshwater fishing or Barnardshire’s “hottest nightclub.” Through these environments, players will utilize physics-based gameplay. As our fish friends embark on a journey inside makeshift fish bowls, you’ll have to steer them to safety to other bodies of water. But you must be careful. Should a fishbowl shatter due to some sloppy mishandling of mechanics, well… As you can imagine, fish can’t breathe on land.

I Am Fish has a release date of sometime in Q3 of 2021, with a new gameplay trailer coming soon. You can check out I Am Fish on Steam and and take its demo for a dip.

Loadout editing has returned to Call of Duty: Warzone and Modern Warfare