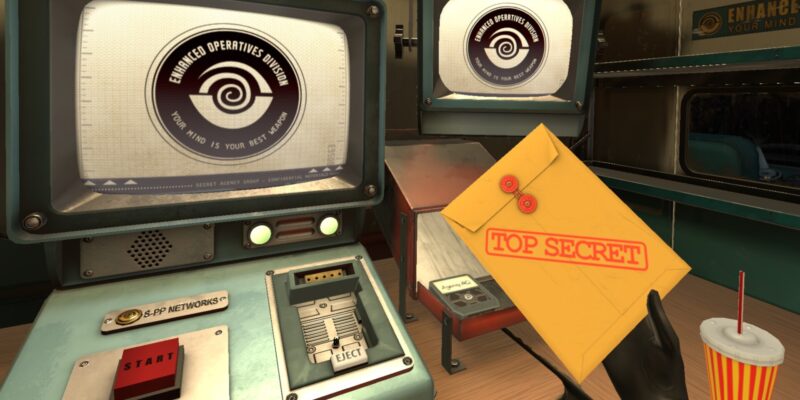 Man was I pissed when I first learned about the VR game, I Expect You To Die. As a huge fan of spy-related capers such as the numerous incarnations of James Bond films and games, to learn that a VR espionage game existed for over a year before I discovered it, was mind-boggling, to say the least. So, you can bet that as soon as I learned that I Expect You to Die 2 was in the pipeline, I knew I had to get my hands on it, as soon as humanly possible. Does this mission self-destruct, or does it end up telling an awe-inspiring tale of action and intrigue?

There is just something about playing a puzzle-heavy title like I Expect You to Die 2 that can mess with your head, something fierce. One moment you are on top of the world and feeling like the smartest man in the freaking universe. Shortly thereafter, the other shoe drops, and suddenly that high is transformed into shockingly deep lows of total idiocy. Nothing says “I’m a dumbass” like opening up an unlabeled drawer, only for it to instantaneously explode in your face, like the shittiest version of Wile E. Coyote to ever exist. Fortunately for everyone involved, there are far more highs than lows here.

If you’re familiar with the series’ initial offering, you probably have a good idea of what to expect from the sequel. Newcomers, however, will have a bit of learning to do. In I Expect You to Die 2, you are a spy assigned with the rather predictable task of saving the world, without ever getting out of your seat. Yes, you did read that right. You never actually get up from a chair, for the entirety of the campaign. You must be one hell of an agent because not even Bond could pull that off!

As part of your core objectives, you take on a huge swath of different tasks ranging from preventing an entire theater of people being presumably gassed to death, to breaking into a lab of nefarious enemies, such as The Fabricator. That is just the proverbial tip of the iceberg when it comes to all of the shenaniganry going on behind the scenes of each mission. Armed with telekinesis gloves that allow you to grab and move objects from across a room, at its core, you’re essentially solving a series of escape rooms to ensure the survival of humanity. 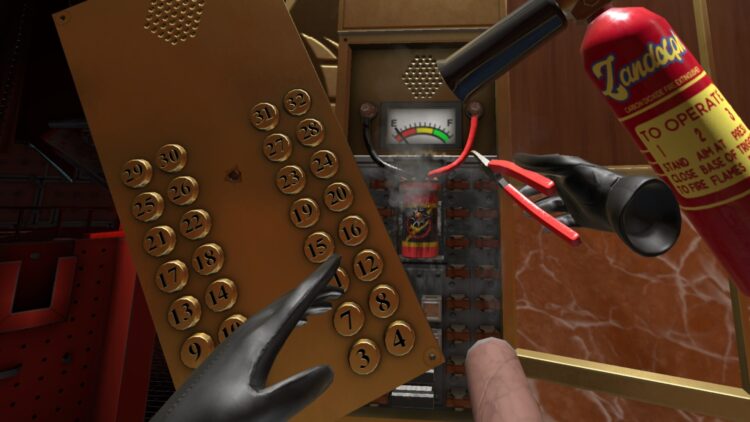 For those that are uninitiated to the concept of an escape room, you’re essentially charged with solving a series of rapidly escalating puzzles, to escape captivity. Sure, in this case, the fate of the world is in the balance, but the stakes and challenges in each room seem far more manageable than a single, massive objective. More simplistic tasks like finding a hidden map on a plane, dodging laser turrets, and turning dials in a very specific way help keep the action approachable, while never losing sight of the bigger goal.

This is the sort of title that could only work in virtual reality. They’ve gone to great lengths to make sure you can interact with the vast majority of items present in the world. Items can be grabbed, picked up, rotated, and dropped, not to mention all of the specialized applications like unlocking doors, trigger buttons, straight-up throwing, or even setting objects ablaze. The attention to detail, as far as appearance and application are concerned, reflects well on a design that has had immense amounts of thought applied.

There are levels of detail present that are hard to explain without actually playing I Expect You to Die 2, but rest assured, that damn-near everything present in a stage is there for a reason. Whether that purpose is to share a key clue, act as a stepping stone to a bigger puzzle, or be used to defend yourself against an attack doesn’t matter, as long as your progressing through a stage. Though some object’s purposes may be slightly unclear at first, it’s just a matter of figuring out how to effectively use them to your advantage. 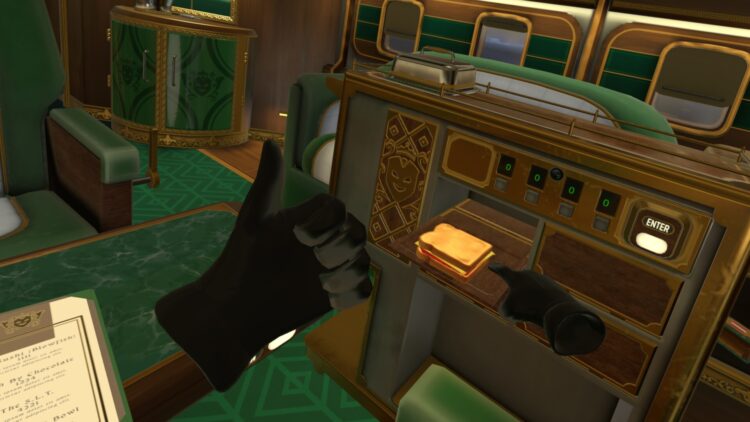 One aspect of the game’s design that I took issue with, were the copious amounts of hidden booby traps. It happens frequently enough that you could just open a bottle that looks like a random addition to any wine cellar, only for it to release a gas that will kill you. Additionally, things such as being attacked from a blindside, or opening a drawer rigged to explode make an appearance, which is where I begin to take issue with things.

I’ve read in a couple of previews that folks thought these random insta-death scenarios made the game almost feel like a roguelike. Personally, if I die enough, completely out of the blue and unprompted, it starts to wear on my patience. Probably the bigger reason for this sentiment is the total lack of any checkpointing, whatsoever. Accidentally make a crucial mistake, late in a stage? You can look forward to starting the entire scenario over again, from scratch. If that doesn’t leave you with a bitter, Kentucky Fried Spy-flavored taste in your mouth, I don’t know what will. 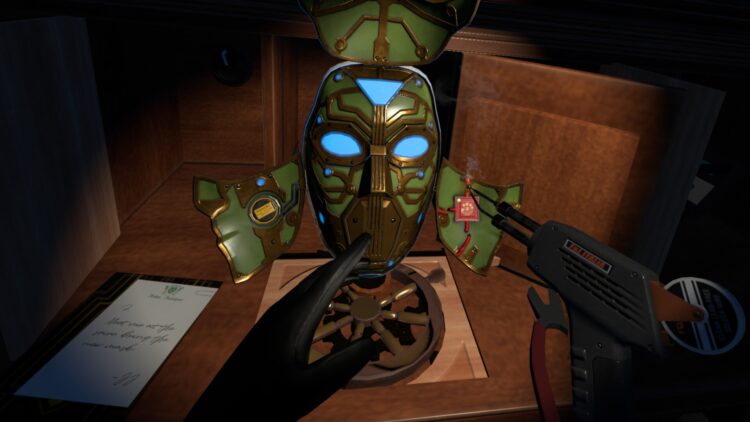 Probably the only other blemish on I Expect You to Die 2, would be the relative lack of innovation this time around, and its brief runtime. I mean, sure, it’s plenty creative as far as the puzzle and stage design is concerned, but it doesn’t feel like a significant evolution to the formula established in the original. It almost feels like the developer was perfectly happy coasting on the momentum of the first installment. That said, despite the game feeling more like an expansion pack than something new and groundbreaking, it still delivers an extremely polished experience that is worth your time.

Anyone who’s ever watched a Bond flick and thought to themselves, “I could do that!” really needs to play I Expect You to Die 2. Not only will you learn you’re wrong, but you’ll also learn that there’s a bit more that goes into a successful mission than simply firing bullets at enemies. Featuring intricately structured puzzles, well-fleshed-out environments, and intriguing interactivity, this is the perfect showcase of how to do VR right. Your mission, should you choose to accept it, is to play this, pronto.

I Expect You To Die 2

Making fantastic use of the VR medium, I Expect You To Die 2 picks up where the original left off, in the most literal sense possible. Sure, it may not be treading any new ground and is somewhat on the brief side, but even when viewing it as an expansion to the original, it still offers a stellar experience for all comers. Rest assured, that mission isn't firing any blanks.