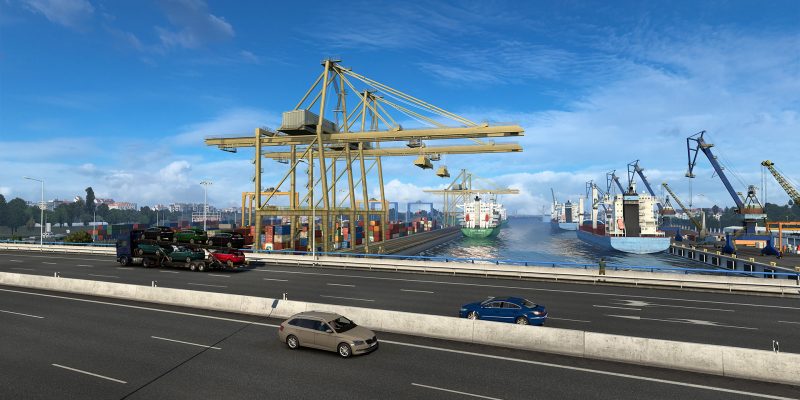 As the Iberia expansion for Euro Truck Simulator 2 nears its April launch release, developer SCS Software is beginning to provide new glimpses at what’s in store. In a recent blog post, the team showed off the exceptionally old city of Porto, located in the Douro Valley of Portugal. Porto is established as the second-largest city in the country and sits along the Douro River (also known as the “River of Gold”). While gold may not flow through it today, it does still carry massive cargo ships that are responsible for bringing in lots of commerce.

In SCS’ rendition of the city of Porto, the artists have made sure to retain the look of the city which “is characterized by cobblestone streets, centuries-old churches, and historical landmarks.” The scenic city’s fishing industry is also preserved here in Euro Truck Simulator 2, as well as its other exports like “oranges, olives, olive oil, and beans.”

On top of showing off Porto, SCS has also revealed the map for all of the roads that will be drivable in the Iberia expansion: 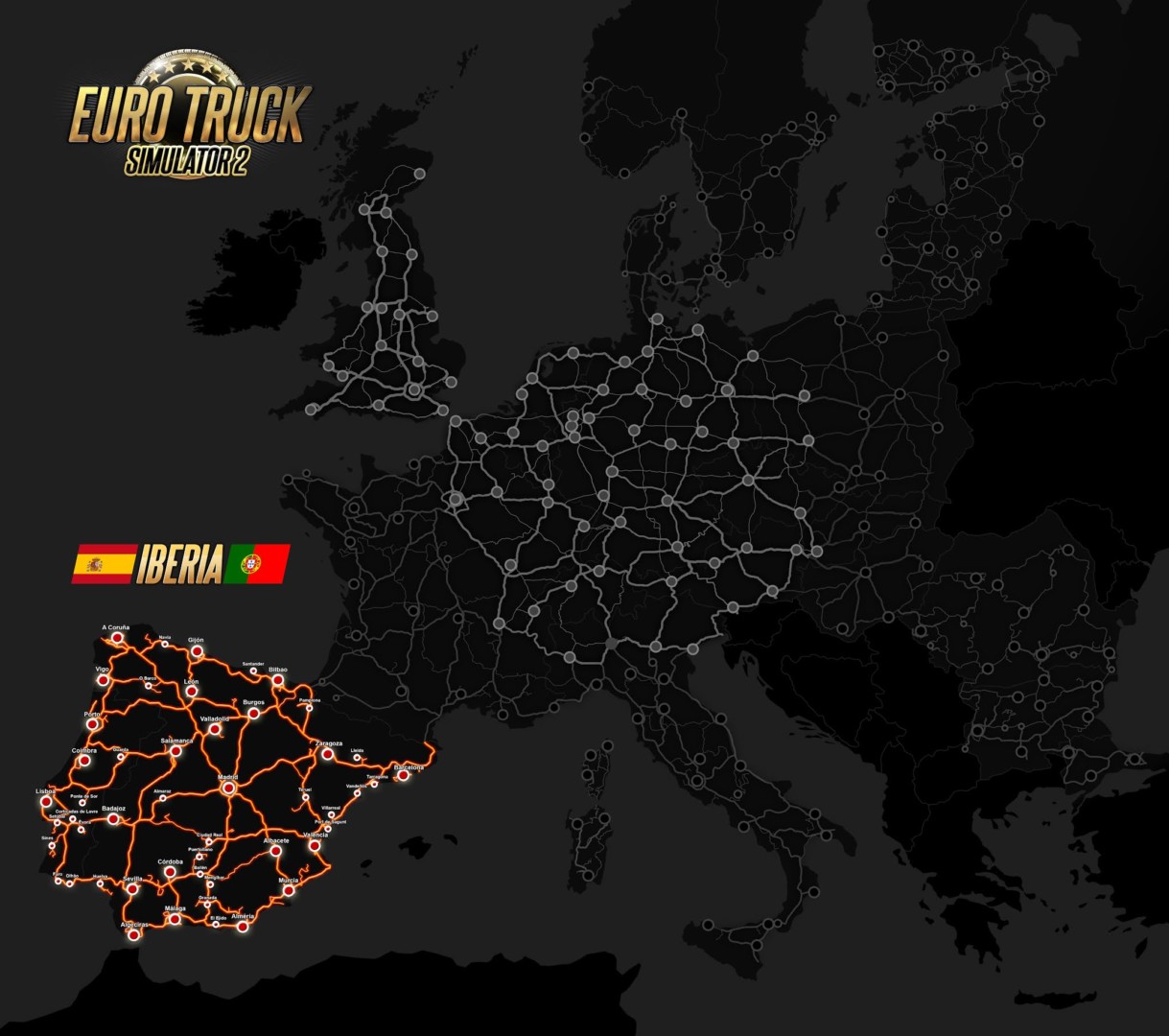 As you can see, the Iberian peninsula will be covered almost completely in Euro Truck Simulator 2. The virtual map is smaller in scale the real-world region. However, it’s still extensive considering that the rest of the map shows that the coverage is in line with the rest of Europe that’s already been released. It’s no wonder why this expansion was delayed.

Alongside the arrival of Iberia, a new game update (version 1.40) rolls out soon to all Euro Truck Simulator 2 and American Truck Simulator players. This update includes, among other things, the integration of a new lighting engine, offering the sim a more realistic look. Considering that the age of the engine that both sims are running on, this upgrade is being welcomed by a lot of fans who are eager to see how this reinvigorates their experience.

Following the Iberia expansion, SCS recently unveiled that the next step for Euro Truck Simulator 2 is to push it northeast into the largest country in the world: Russia. This upcoming expansion is still in its early stage and will take considerable time to complete, though the team has already shown off some of its progress. Meanwhile, American Truck Simulator players are patiently awaiting the release of the Wyoming map expansion, expected to arrive within the next few months.