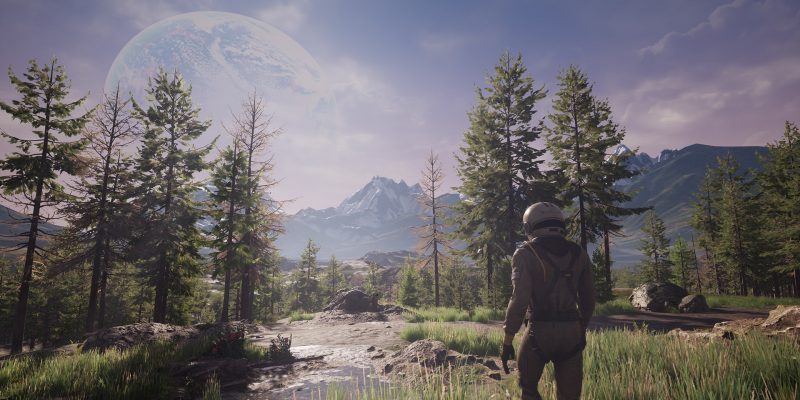 Icarus is an action survival game set in a dazzling but dangerous world. It emphasizes session-based gameplay, one that could give players more agency as to how they’d approach progression and time constraints. With the basics of Icarus in mind, I was able to interview Dean Hall, creator of DayZ and founder of New Zealand-based studio RocketWerkz, as well as Stephen Knightly, the company’s Chief Operating Officer. The two developers shared their ideas and design philosophies behind their upcoming title.

To clarify, I was supposed to be taken on a tour of Icarus via a hands-on preview. Unfortunately, a few issues with my own network — thanks, PLDT — meant that only an interview could be conducted at the time. Still, I made sure to get into the nitty-gritty of what RocketWerkz has in store for survival fans.

The hubris of humanity

The planet Icarus was aptly named owing to the game’s narrative. Much like the son of Daedalus in Greek Mythology, this world symbolized humanity reaching too far and failing due to hubris.

Indeed, in a future timeline where mankind had already solved climate change via terraforming, our people decided to apply their collective knowledge on another planet. Unbeknownst to scientists, this world contained an exotic matter, one that caused an unstable reaction with our terraforming efforts.

“Icarus was humanity’s greatest mistake,” noted Dean. “It was supposed to be our second Earth, but exotic matter corrupted the terraforming process. However, once people realized the value of exotics, it ushered an interplanetary gold rush and the arrival of Prospectors.” 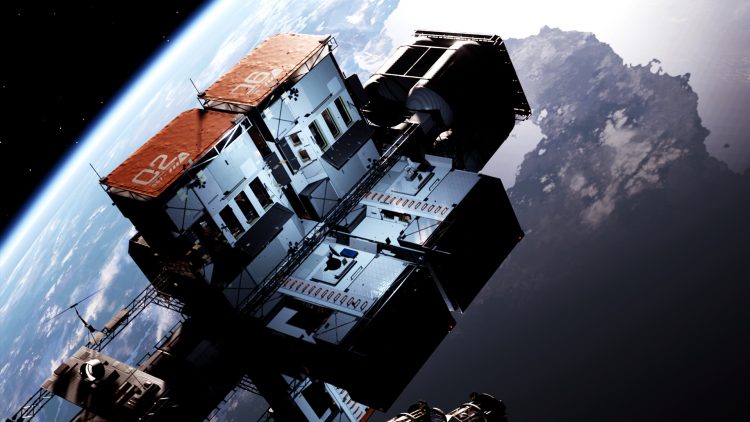 Going by that tangent of “reaching too far,” Icarus itself emphasizes high-risk, high-reward gameplay. Both Dean and Stephen cited how a “session-based” approach would help in this regard. For instance, each session would have a particular length (at the moment, Stephen surmises that it can be as short as 30 minutes to a week in real-time). Once players (Prospectors) drop planetside, they can start exploring, collecting resources, and crafting. They can go offline anytime they wish and the game would be “paused” (i.e., your world and your base won’t be affected while you’re gone), though the session timer would continue running.

Players will then need to consider when they should leave the planet and go back to orbit. If you’re satisfied with all the exotic materials you’ve amassed, you can find your dropship and escape. But, if you let the session timer expire, that leads to a game over. Your character would be gone for good and you’d need to make a new one. It’s akin to being left behind on a planet.

“Too many games have different ‘failure states’ that can hamper the player’s experience,” Dean said. “In Icarus, there are many challenges, but there’s one big failure state that can have major repercussions. However, we’ve also designed it so that the game remains both hardcore and approachable.”

This challenge itself is manageable since you can leave the planet whenever you’re ready, like if you’d go on vacation over the weekend and the session’s about to expire. Dean even noted how he was inspired by RimWorld and the concept of “elastic failure” whereby you can experience numerous mishaps during your playthrough, but you can still keep going. 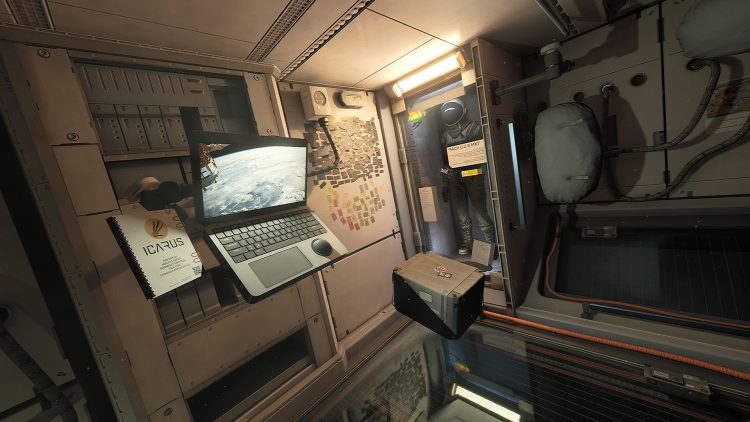 “Our main inspiration [regarding survival and crafting mechanics] was Minecraft,” explained Dean. “Minecraft had players eating, building homes, seeking shelter, and going back outside to collect resources and battle enemies. In Icarus, you’d see some familiar concepts from the genre such as the need for food and water, and also a sci-fi twist since you need oxygen on this strange planet.”

As far as resources and materials go, you’ll be chopping down trees for wood and mining ores to create various materials. There are also enemies and animals that you can encounter. Eventually, you’d be able to create composite armor, fiberglass armor, assault rifles, and various weapons. In terms of cultivation, you can grow wheat, brew beer, bake bread, construct your home base, and more. You’ll experience and contend with dynamic weather systems, destructible buildings, and wildfires that spread out of control.

Likewise, we can expect to see buffs and debuffs (i.e., “well-rested” after sleeping) and a means of reviving. Those playing with friends can be revived by pals if they lose all their health. Those playing solo, meanwhile, can get sponsored by a faction who’ll revive them at the cost of resources. 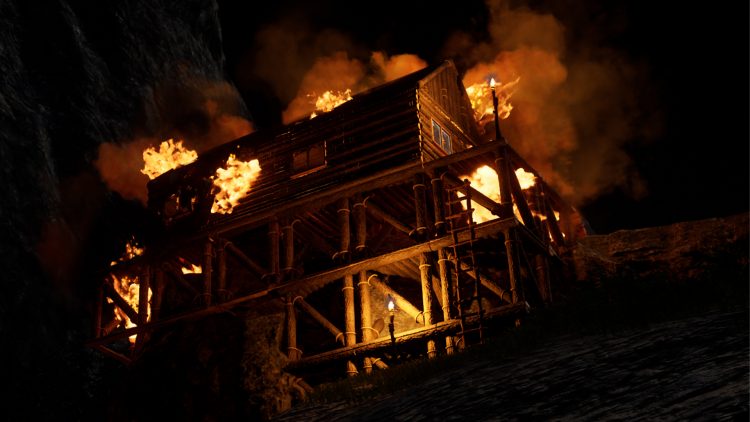 Prepping the multiplayer in Icarus

Icarus is tailored for both PvE solo play and co-op for up to eight players. Granted, the run will be tougher if you’re all alone, so it’s often better to find friends who’d be willing to go out on an adventure, hunt wildlife, and seek resources.

“Valheim was another one of our inspirations,” mentioned Dean. “The success of that game showed us that players were keen on the survival and crafting aspects, as well as being able to play with friends. That’s why we’ll do our best to ensure that Icarus provides an engaging multiplayer experience.”

“We’ve been running tests on our servers to make sure that everything will be stable,” added Stephen. “Our central server architecture handles player sessions and data. Host migration also exists, so if someone creates a session, anyone can hop in or hop out, including the one who started the session, without affecting everyone else in the game world. We’re also exploring other facets related to peer-to-peer connections and dedicated servers.”

Of course, going back to what was mentioned earlier about the session timer, the individual or group would still need to ascertain when it’s a good time to go back to orbit. Otherwise, anyone left behind will risk losing their character. 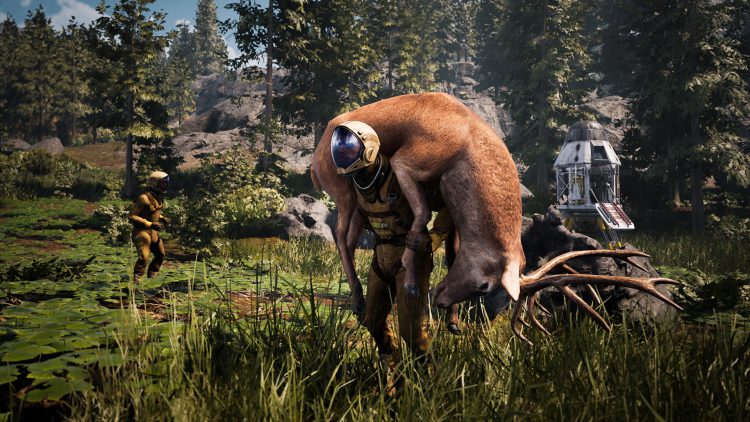 Icarus takes inspiration from some of the most well-known titles out there. This is also evident in its progression systems. The most basic one, related to your character, is somewhat akin to what we’ve seen in games like Skyrim. Rather than a traditional attributes system, Icarus will have you increasing your proficiencies with various tools, equipment, and actions.

Next, there’s the planetary tech tree, one that lets you craft and create various items and machinery during a session. Fortunately, it’s tied to your character, so it’s also carried over onto future sessions that you’ll play. Just watch out since letting the timer expire on a session would be tantamount to losing a character, so your character’s progression and planetary tech tree would be reset as well.

Finally, there’s also the orbital tech tree. This one is related to all the exotic matter you’ve collected, governing more advanced perks and items. Given the name itself, the progression unlocks here can only be done once you’ve ended a session and you’re back in orbit. Think of this as the endgame goal or “meta-game” progression. 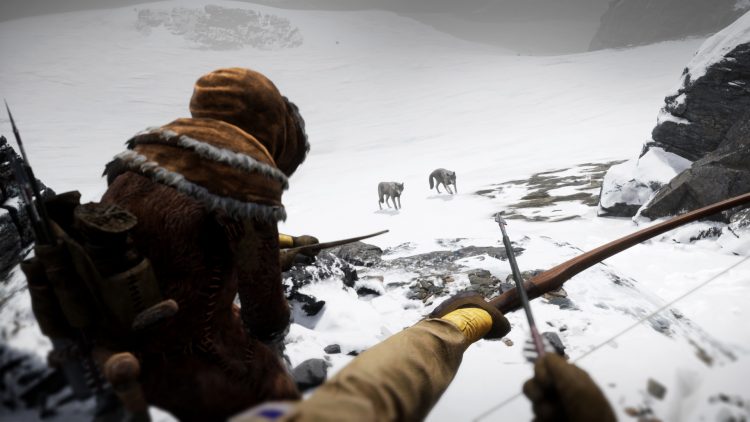 “‘The First Cohort’ is Icarus‘ initial chapter which will be available once it launches,” explained Dean. “As the start of the narrative, this is about the first Prospectors that arrived on the planet. You’ll see Earth-like zones with biomes and animals that you’ll be familiar with. Later on, we’ll have chapters called ‘New Frontier’ and ‘Dangerous Horizons’ showing humanity’s attempts to head to the unknown. Since you’ll be outside the terraformed zones, you’ll find yourself in more dangerous biomes filled with alien animals and bizarre fauna.”

“We thought about timing player progression based on levels,” he added. “Older chapters will still be around, so it’s not as though you won’t be able to go back to previous biomes. Think of it as similar to World of Warcraft where its creators are adding more content to the game world, but older or starter zones can still be visited.”

As for monetization and pricing, nothing’s guaranteed yet. However, Dean and Stephen assured me that RocketWerkz is working closely with the community via Discord. The studio is also finding ways to see what could best fit with the game. Oh, and as for PvP, well, let’s just say that nothing’s set in stone yet. We could see new additions since Icarus will have more chapters other than the ones that have been officially announced. 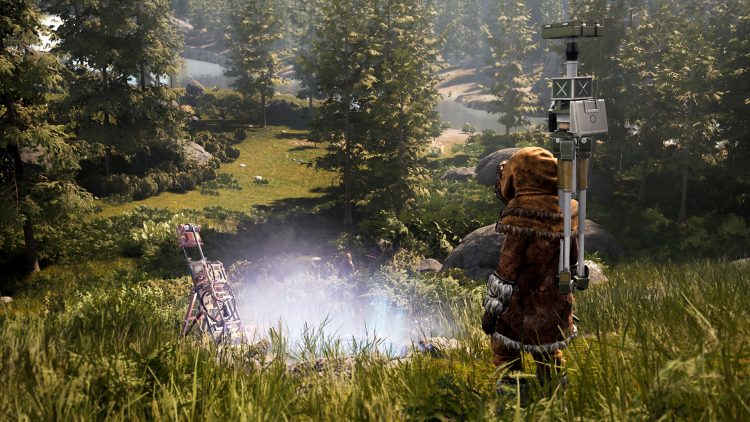 Interstellar indie with a dash of AAA production values

Dean’s original project, DayZ, began as a mod for ARMA 2 in 2009. It eventually became a standalone title that featured players surviving in a wasteland brimming with the infected. With the big plans for Icarus, I asked Dean if this was a way for him to go beyond what he had originally envisioned for DayZ.

“Absolutely,” he answered. “After DayZ, I wanted to learn how to make games from the ground up. With the fundamentals in mind, I wanted to continue growing as a developer. With a great team, [we know we can] build something that’s huge, unique, and refreshing.”

Dean admitted that Icarus would allow him and the team to focus on worldbuilding and narrative aspects, something that he felt DayZ lacked. In a way, Icarus would present mankind’s journey on a planet that’s expanding and ever-changing, looking deeper into the exotic matter’s effect, all while still remaining true to the core experience. 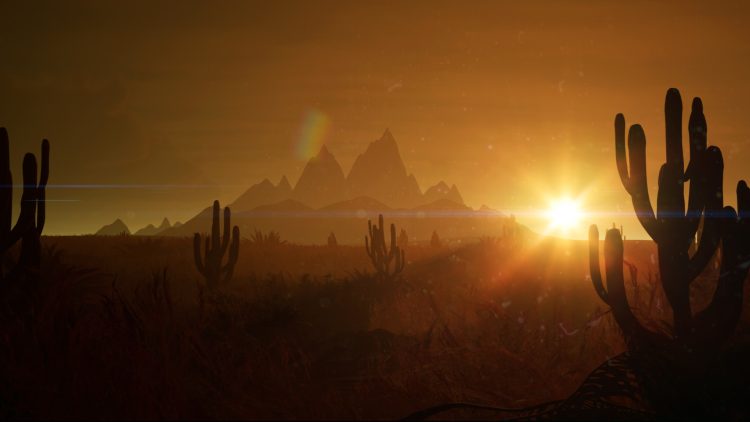 “It’s also a means for us to give a triple-A treatment to survival games,” Dean added. “This is why we’ve been closely working with Epic Games to help us maximize Icarus‘ potential with the Unreal Engine. You’ll see a few procedural elements, such as item placements or nodes, but everything else is hand-crafted. We want players to know that when they see two desert biomes, they would look vastly different from the other based on our artists’ designs.”

“We’ve seen the feedback and reception for other titles [in the survival genre],” Stephen mentioned towards the end of our Icarus interview. “We feel that players are ready for more.”

With Icarus, RocketWerkz aims to deliver high production values, an expansive progression system, and an engaging experience for years to come. The massive, session-based survival game will release sometime in 2021 via Steam. For now, you can watch an eight-minute live-action documentary titled “Icarus: No Rescue” (seen below). Last but not least, you may also check out Icarus‘ gameplay premiere on its official Twitch channel on April 8 at 8 p.m. ET.