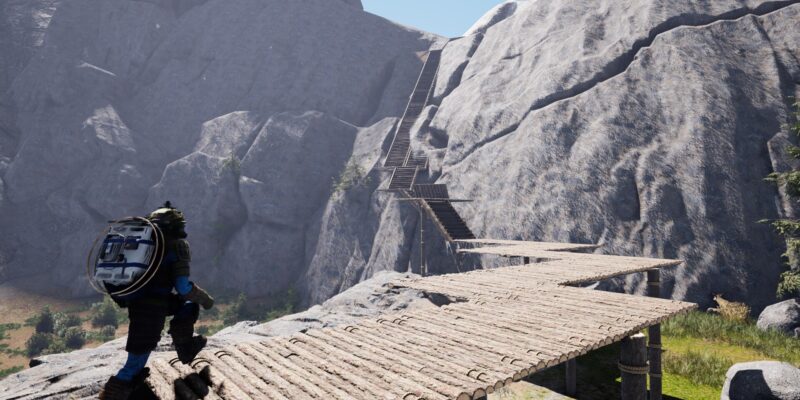 After completing Searchlight Scan, you’ll unlock a mission in Icarus called Waterfall Expedition. It’s one of the most confusing and annoying quests in the game, with instances that will frustrate you to no end. Here’s our Icarus guide to help you with the Waterfall Expedition mission, including how to construct over the rock barrier to get to the Riverlands.

Arriving at the Desert

You’ll start the Waterfall Expedition mission in Icarus stranded on a desert. As such, you’ll want to make sure that you’re well prepared. Ideally, you’ll want to equip either of these armor sets that provide heat resistance and reduced perceived threat:

Moreover, you’ll want to stock up on resources such as oxite/oxygen and water for your waterskin or canteen (i.e., fill up several containers with water when you reach a river or oasis). As for food, there are lots of enemies in the desert, so you can hunt them for meat. 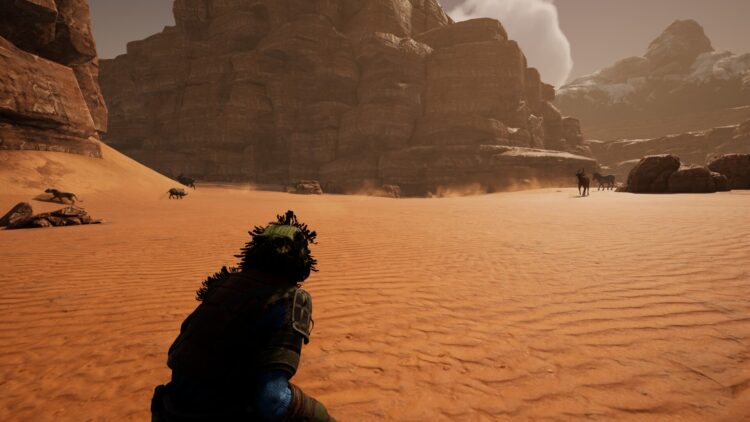 The Riverlands Boundary and the Beacon

The Riverlands boundary objective is west of the dropship (I3), but you do need to make your way through the desert valley. Eventually, you’ll reach a temperate region and you’ll hear the commander talking to you.

Next, it’s time to pick up the beacon. It’s slightly south of your location, so just follow the base of the mountain (J4). This also leads to a snowy path in case you want to pick up ice that can be melted into water.

Note: After picking up the beacon, it’ll be bound to the “G” key. Do not deploy this until much later in this mission (I’ll tell you when). If you accidentally deploy it, you can’t pick it back up and you’ll have no choice but to restart the mission. 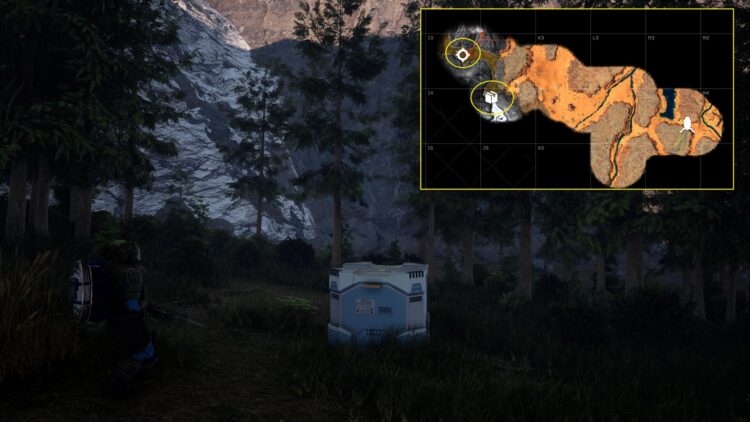 How to Construct Over the Rock Barrier in Icarus

There’s a lot of confusion on how to construct over the rock barrier in the Waterfall Expedition mission in Icarus. The keyword there is “over.” Here’s how things should go: 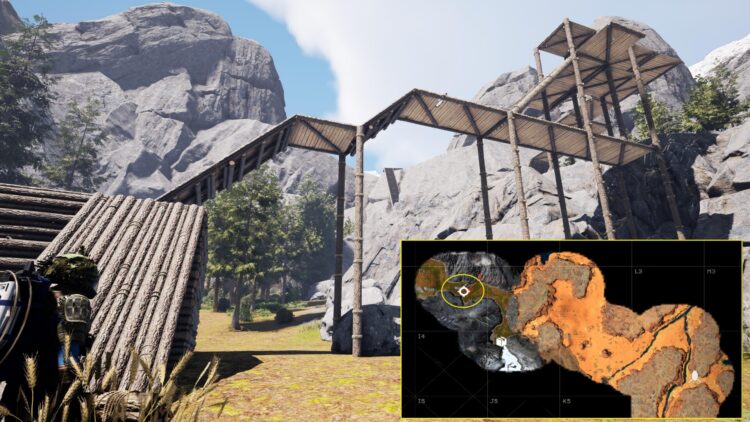 The idea here is that we’re building wooden platforms from the base and over the ridge (as seen in the image above). Once you’re above that ridge, you can start placing more ramps on the sloping section of the mountain.

Ideally, you’ll want ramps/stairs placed at an angle that’s slightly touching the mountain (seen in the distance in the image below). Because the objects are leaning on the mountain, their outlines will turn blue, strengthening their structural foundations. 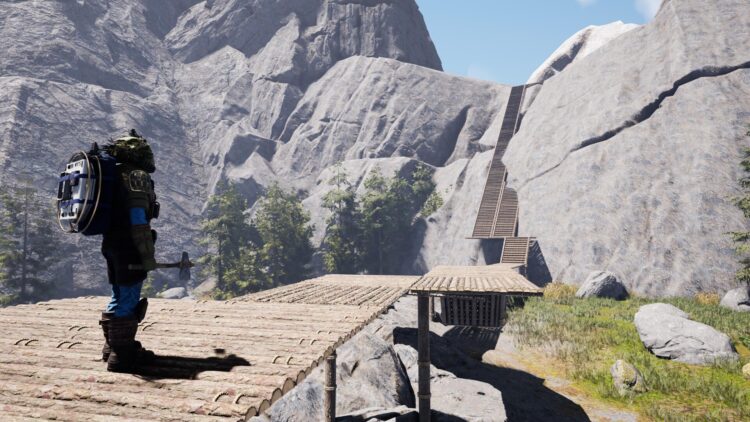 The Mountaintop: What’s Next?

You’ve already constructed over the rock barrier in Icarus, but the task itself isn’t showing up as completed. That’s because you need to reach the valley on the other side of the mountain. At the peak, look to your right. You should see a pathway that’s sloping downward. Gingerly make your way down, though you might take a bit of fall damage.

Once you’ve made your descent safely, move slightly to the left (slightly adjacent to the objective marker). The commander will talk to you and the objective will get completed. But, you’re not done yet… 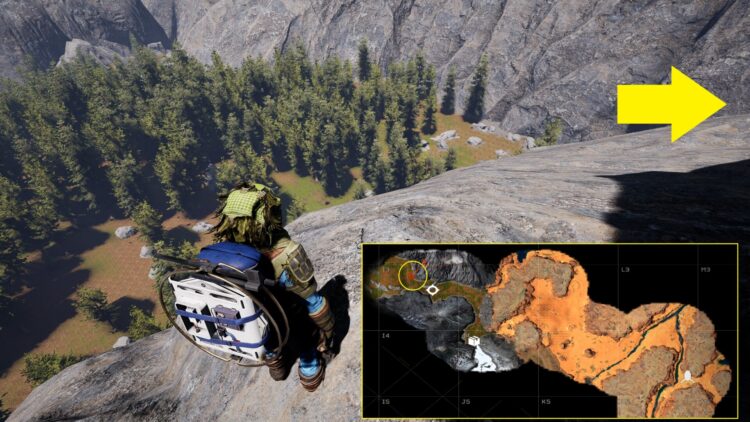 Placing the Beacon in the Riverlands

You still need to reach the correct location for the beacon. Just in case you need a break, you can build another small shelter here (and a bedroll), and start gathering a few materials. When you’re ready, go west through the valley. Be careful here since there are a lot of wild animals.

In a short while, you’ll reach the Riverlands. There’s a large waterfalls here, and a smaller one slightly to the south (F4). You can place the beacon on the rock (seen in the image below). 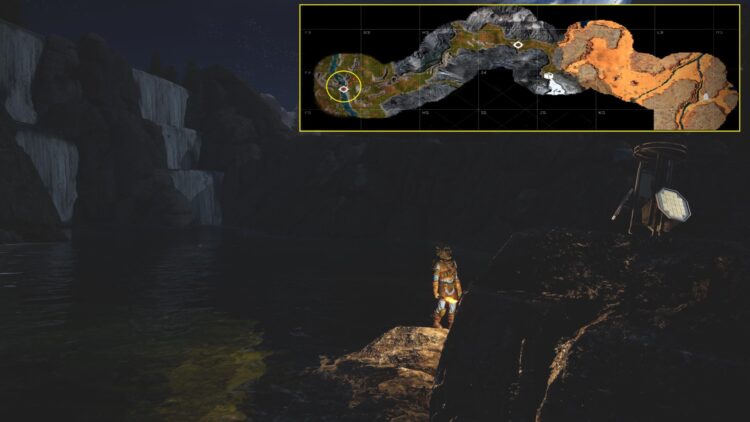 That’s it, you’ve finished all the tasks in the Waterfall Expedition mission in Icarus. And, yes, that means you have to escape the planet by using the dropship all the way back to where we started the whole thing. If you didn’t set any bedroll as a spawn point, then you can let your character die and take the XP penalty hit. It’s not ideal, but you should respawn fairly close to the dropship.

Alternatively, you can go to the valley from earlier. Chop down the trees here and create ramps/floors at the side of the mountain. Certain spots will prevent you from climbing up, but you can continue building in mid-air since the mountain acts as a foundation. Finally, run past the desert and ride that dropship home. 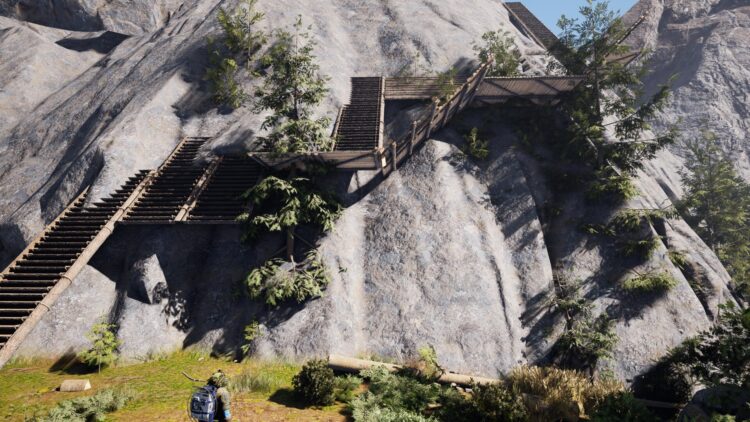