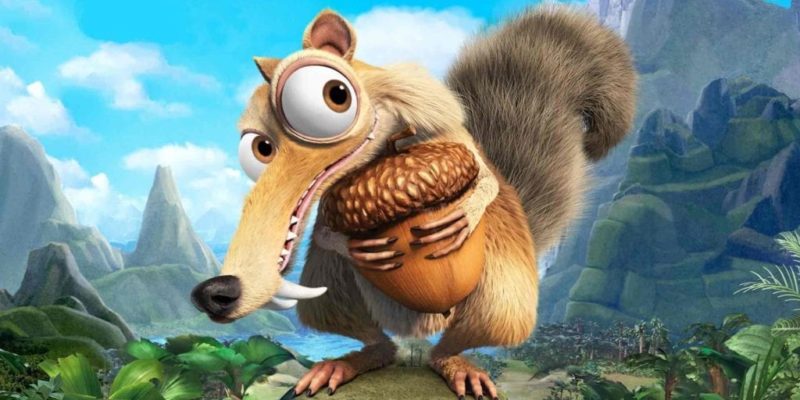 Color me surprised, but Outright Games and Bandai Namco have announced a new Ice Age tie-in game is in the works. Called Ice Age: Scrat’s Nutty Adventure, I’m pretty sure anyone familiar with the film franchise (which has five main entries) knows what this is about. You’ll assume control of the plucky squirrel and be tasked with surviving various platforming challenges to nab some acorns. Why wasn’t this made sooner?

If you’re a fan of the films, you’ll likely be able to spot classic locations in the trailer. I’ve never been big on those movies, but they’ve amassed a stupid amount of money over the years. Clearly, something is right about them. It’s wild that something as simple as “talking animals in the ice age” could sustain an entire franchise, but I guess people will enjoy anything with enough comedy. At least this looks to stay true to the style of its film inspiration, which some movie tie-in games can’t even get right.

In a press release, Outright CEO Terry Malham said, “This is an exciting time for us as we look to expand on one of the biggest properties in kids’ entertainment in a way only video games can. Revealing to the world how fun Scrat’s first solo adventure game is, as well as announcing when you’ll be able to play the game itself, is something we hope will delight Ice Age fans of all ages.” I’m honestly more surprised there isn’t another Ice Age film in the works, because it seems the release of this is random as hell. Was this meant to coincide with the 2016 film and got delayed for three years?

Whatever the case, Ice Age: Scrat’s Nutty Adventure will head to PC, PlayStation 4, Nintendo Switch, and Xbox One on October 18. It will retail for $39.99 and is currently available for pre-order.

The Lord of the Rings: Adventure Card Game is finally available on PC