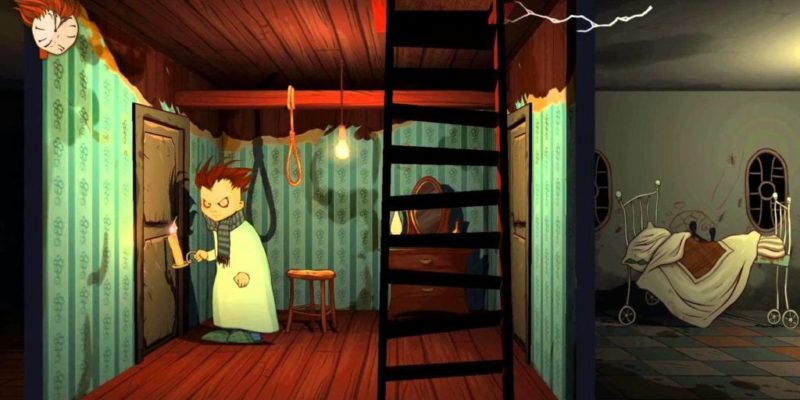 For a little while now, Ice Pick Lodge – the Russian company behind such bizarre gems as Pathologic, The Void, and Cargo!: The Quest for Gravity – have been working on a side-on horror game called Knock-Knock. Now, we get to see how it’s going via a new trailer.

Knock-Knock casts you as a hermit living alone in a house out in the woods, who’s getting nightly visits from mysterious supernatural creatures that are trying to get in. If he survives until morning with his sanity intact, they’ll disappear. If they catch him before then, though… So yes, it’s probably a good idea for him to keep moving, find breaches in the house, seal them up, and stay the hell away from the Visitors.

And, considering it’s side-on and cartoony, it actually looks pretty creepy. You can see this for yourself in the screenshots and trailer below.

Knock-Knock has no release date, as yet, but I’d wager it’ll be out sometime in 2014. But who knows? Maybe it’ll break through before the end of the year…