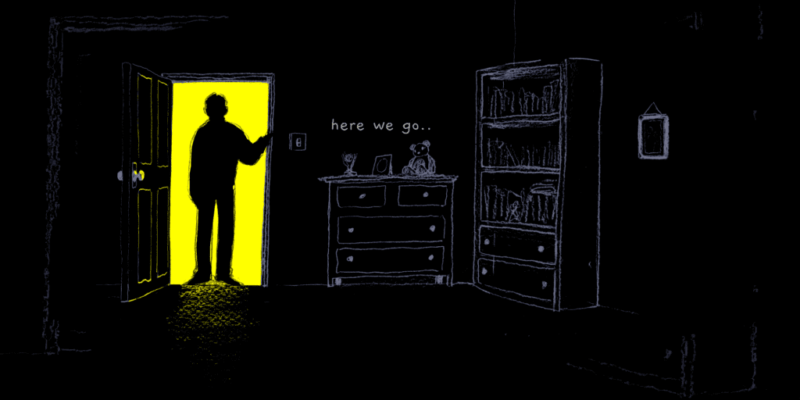 Annapurna Interactive seems to have a penchant for finding unique visual experiences. Yesterday, the company announced that it will be publishing If Found…, a visual novel created by Llaura Ash McGee and dreamfeel for both PC and iOS devices. You can see the announcement trailer below, which marries trippy visuals with some incredible music.

If Found… is described as “an interactive coming-of-age experience.” It will be “a compelling and intense exploration of family, community, connection, and isolation.” Players will assume the role of Kaiso, a young, creative soul who is destroying her diary on New Year’s Eve. Throughout the story, players will uncover her deepest secrets and erase her words and memories. Set in a depiction of West Ireland in the early 1990s, players will explore Kaiso’s world through her recollection of events. Annapurna teases moments like “moving into an abandoned mansion, hanging out with the band, going to a punk show, breaking into Kaiso’s own house, destroying the universe, and finding out who Kaiso can be.”

The audio/visual experience consists of hand-drawn art by Liadh Young, with an electronic soundtrack composed by 2mello and Eli Rainsberry. Licensed music by various Irish artists will also accompany Kaiso on her journey. It sounds like the perfect game to put on and cry along with as you uncover your own deep, dark secrets. This all looks very reminiscent of titles such as What Remains of Edith Finch? I’ve always been a big fan of those types of experiences, as they engage me on multiple levels. Novels are fine, but I like the combination of in-depth storytelling, audio, and graphics that video games can offer.

Currently, the game is scheduled for a release in 2020 and will be playable at PAX West this weekend. If you happen to be at the show, head over to the Annapurna Interactive booth and give the game a whirl.