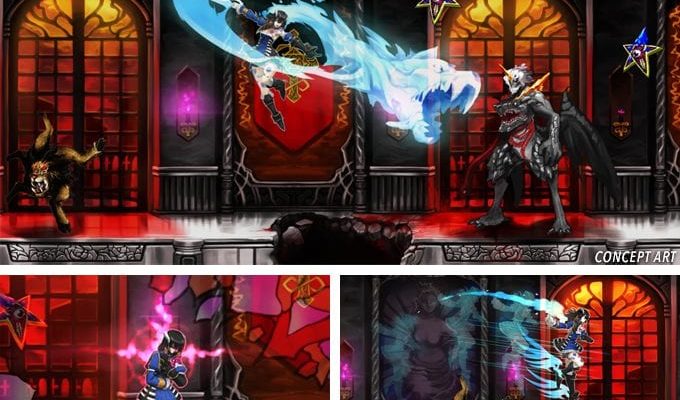 Bloodstained: Ritual of the Night, Koji Igarashi’s Kickstarted love letter to the Metroidvania/Igavania Castlevania games, is now the most funded game on Kickstarter.

With 31 hours to go until the Kickstarter closes, Bloodstained has hit $4,346,437 USD in pledged funding – a full $150k past the final funding of the previous record-holder, Torment: Tides of Numenera, which managed a whopping $4,188,927 back in April 2013. As there’s a PayPal link on the Kickstarter page itself, I’m going to guess that the actual level of funding that Bloodstained has reached is even higher.

Bloodstained was initially after a relatively slight $500,000, which means that there are stretch goals galore. Three playable characters, local co-op, a Nightmare difficulty level, boss rush and speed run modes, a retro level, a classic mode, the largest castle in an Iga game yet, orchestrated music, asynchronous online multiplayer, an online “challenge” mode, and plenty more have already been unlocked. And yet there are still stretch goals that have yet to be hit – $4,500,000 will bring a prequel mini-game, and $5,000,000 offers “Roguelike dungeon”, adding procedurally generated castles to the game.

If you want to back Bloodstained for yourself, or if you’ve missed all the fuss about this and are just wondering what the hell it is, you can read up on the game on the Kickstarter page itself. The initial release timeframe was March 2017, but given all the extra work that’s presumably been added by stretch goals, I suspect it might be delayed a little bit.

Way of the Samurai 4 still coming to PC