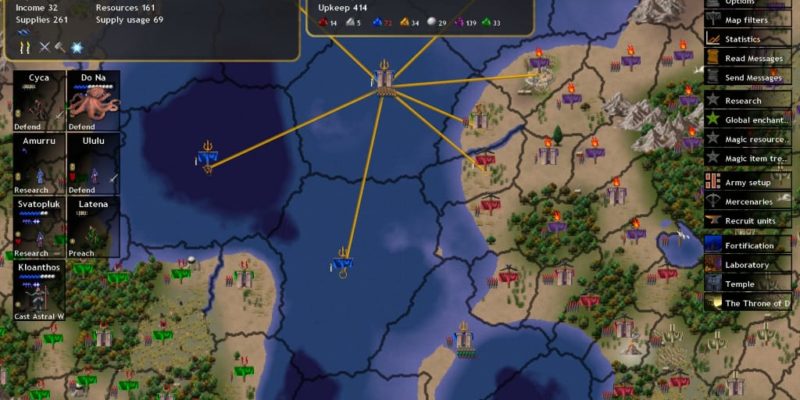 Somewhere deep in the dusty snow-topped mountains of Scandinavia, two men have sat in a dark cave programming videogames together for over two decades. At least, I imagine it’s something like that. Illwinter Game Design is the tiny little Swedish game studio who’ve made arguably one of the most complex fantasy grand strategy games in existence – Dominions 4.

Since they’ve just released the fourth installment of their other more casual, pick-up-and-play roguelike series – Conquest of Elysium – we thought it might be a decent time to have a chat with them. So I grew a beard, typed up some questions, and sent a variety of messages into the night to see if Illwinter’s Johan Karlsson and Kristoffer Osterman could be reached. I’m not sure if it was the carrier pigeon or the email which they paid attention to, but somehow we got hold of them for a chat.

Full audio recording is here for those who want it. Otherwise, the juicy bits are summarised in text form below.

PC Invasion: You tend to make extremely complex games, how do you go about making games like that?

Kristoffer Osterman: We start with an idea that sounds fun and interesting. Then we start to try and make it working; something that’s possible. Once you have a basic game you and add stuff, add more stuff and test it. The games tend to grow organically with time. We rarely have a plan on how we want the game to evolve; it’s what feels fun at the moment.

PCI: When I spoke to Toady of Dwarf Fortress fame he mentioned that he developed in that kind of way; having ideas he thought were fun and interesting, implementing them and going from there. It sounds like you do something similar.

KO: Yeah, that’s right. We both like Dwarf Fortress and play it quite a bit; it’s a great game. 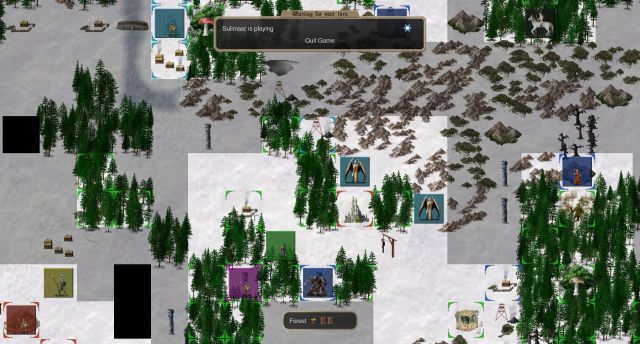 Conquest of Elysium 4, the latest in the series.

PCI: How would you describe Conquest of Elysium compared to Dominions?

KO: It’s a simpler game; more casual; a little bit quicker. Dominions has a lot of possibilities which was made to be played over email originally, but COE is made for hot seat games or quick paced games. We never intended COE to be as… serious as Dominions. COE is a lot simpler and easier to understand. The gameplay is quite different.

COE is more of an exploration game.

Johan Karlsson: I agree at that COE is easier to master. We don’t stand much chance in competitive Dominions games, but I think we have a good chance in COE.

PCI: I have to admit that when I first came across your games I was almost put off by the graphical style. But after playing for a while I began to find it charming. Is that something you find a lot in your fan base?

Most of the gamers who play Dominions are probably people who’ve liked strategy games and people who aren’t too discouraged by playing Dwarf Fortress or roguelikes or other games without advanced graphics. I think most of the ones who play COE and Dominions are not that into graphics; or they may think they are… but we tend to focus on gameplay and I think that’s where we shine. 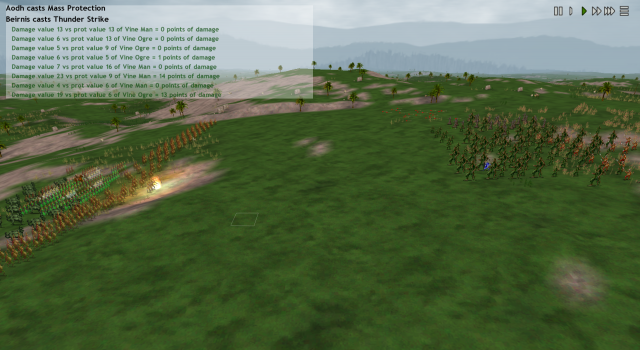 It might not look like much to you, but this could be an historic Dominions 4 battle for the player.

PCI: It must be difficult to balance such complex games like this, how do you go about that?

JK: Dominions is very multiplayer orientated, so we had to try to balance it somewhat at least because we wanted to play it ourselves and it can’t be too unbalanced. COE on the other hand is mostly a single player game, so we’ve put less effort into balancing there.

KO: And since the game can be really random, quite unfair at times – one game you lose in 10 turns, another game you conquer the whole world, another game you come halfway across the world and then get slaughtered – so it’s a bit roguelike. You start a game and you see how it develops. It’s more casual. You don’t invest as much time and it’s fun while it lasts.

In Dominions you might invest hundreds of hours in a game that lasts half a way and if that’s unbalanced you might feel dissatisfied but in COE it doesn’t really matter, you just start a new game.

PCI: How do you find working in such a small team?

JK: I like being a small team; I wouldn’t want a much larger team. It wouldn’t be fun to be a product manager or anything. Maybe we could have a guy doing the sound effects because no-one enjoys that.

KO: Basically we know each other and what we are good at, and what we like. If we included 40 new people, it sounds almost scary. 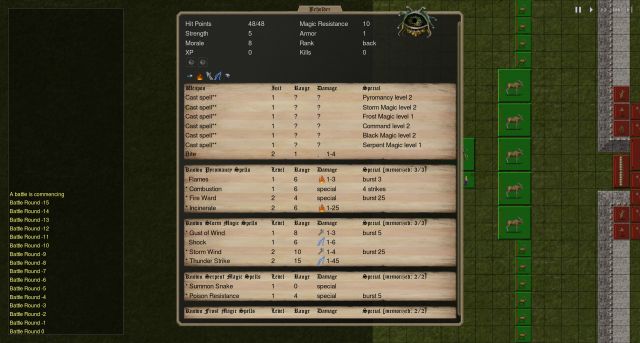 The more casual of the two it may be, but COE4 is no slouch in the stats department.

PCI: You have a reputation for releasing a lot of updates post-release. What can you say about that?

JK: There are often a few features that aren’t quite ready when we release it, but we’re almost constantly developing things and coming up with new ideas.

KO: Since we play the game and find new things we’d like to add then we add them. If we’ve added them in our version it seems unfair that other people can’t play the new stuff that we added.

PCI: It seems like Desura, the digital distribution platform you originally used before Steam, have been having some problems recently. You’ve put the price of Dominions 4 on there up to a point that no-one will buy it [$134.99]. Can you talk a bit about that?

JK: They really haven’t told us anything, but I know they’re going bankrupt. They don’t seem active any longer and they don’t respond to anything.

We can’t really remove the game from the server without preventing those who’ve bought it from re-downloading it if they want, so we put the price up instead.

But I suspect that Desura will be gone soon anyway. Anyone who’s bought our games there might want to consider getting it on Steam. It’s a shame because we really like the Desura forums.

Conquest of Elysium 4 and Dominions 4 are currently available for download on Steam.

Star Wars: Battlefront freebie Battle of Jakku gets a trailer

By Andrew Farrell5 days ago
Interviews

By Kevin Carignan6 days ago
Interviews