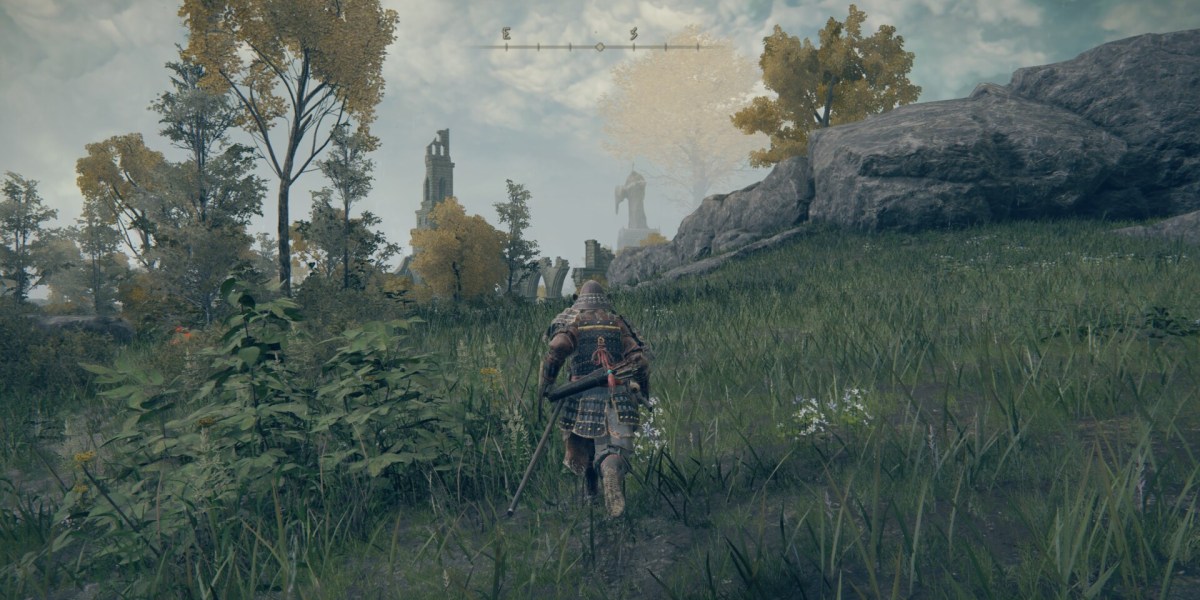 FromSoftware doesn’t exactly have the best track record when it comes to PC releases. The original Dark Souls had a port that was so rough most people didn’t even consider it playable without mods. Dark Souls II also had some significant issues. But those were years ago. When I started Elden Ring, I certainly wasn’t expecting to be hit with a bunch of performance issues that made my time with the game notably worse. The game’s release is a momentous occasion. There’s something special about jumping into a Souls game when it’s brand new, experiencing what it has to offer. But this time? I’m going to be waiting for some performance fixes before I start playing Elden Ring again.

Upon starting Elden Ring, everything was fine. After squeaking past the game’s first boss (the ugly character creator), I was dropped into the starting area. As this was a closed-in space, I didn’t even realize that there were framerate issues at first. But there were loud warning signs. Sometimes, even in this place, I’d be hit by crippling slowdown when nothing of note was even occurring. My eyebrows raised as my frames dropped to 20 fps when my character opened the doors leading to the game’s open world.

After stepping into that, though, I was pretty surprised. Playing the game at 1440p and max settings on an RTX 3090 greeted me with 40-45 fps in the open world. Even then, that framerate wasn’t consistent and would wildly fluctuate, sometimes higher, but usually lower. Still, I pressed forward. I explored the landscape, getting a feel for what was on offer, eventually finding an optional mini-dungeon. Upon entering this space, the framerate improved, but it wasn’t meant to last. The boss of this area is a fiendish creature with a giant sword intent on leaping into the air and slamming itself into the ground. 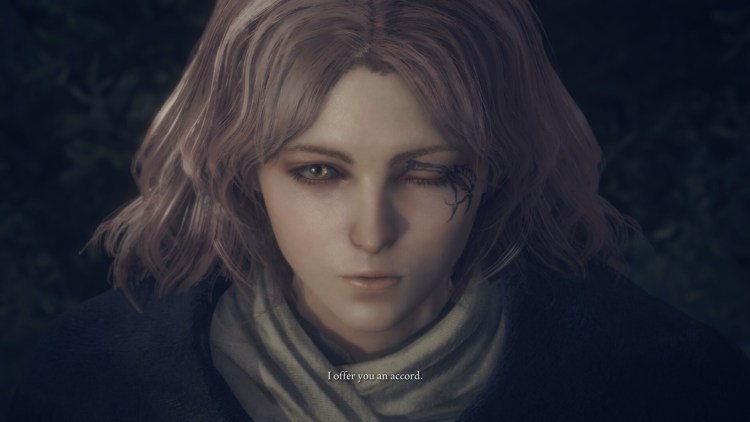 Fighting this boss immediately made it clear that, yes, this was a Souls game, regardless of the title. What followed was a stretch of me dying while figuring out the proper way to react to all of the enemy’s tells. But there was an ever-present enemy making this task even harder. Elden Ring has routine stutters that can easily screw you over, and they hit me over and over again during the fight. The beast would attack, only for the image to freeze onscreen for a second before things started moving again.

I absolutely cannot imagine having to play through the entire game this way, as the dozens of people who reviewed the PC version did. After going back into the open world, I continued to see persistent hitching, frame drops, and slowdown, all the while seeing the game not come close to hitting 60 fps. As great as the game may be, this isn’t any way to experience it. Bandai Namco has promised today that the game’s issues are getting addressed. But performance is last on the list, after mouse sensitivity and people being wholly unable to play the game due to Easy Anti-Cheat.

While the other two issues were mentioned alongside promises of upcoming patches, the wording around performance is more unclear. Instead of “We’re aware of the issue and will have a patch ASAP,” we’re getting “We will be constantly working to improve the game so that it can be played comfortably on various PC environments and platforms” along with a suggestion to upgrade GPU drivers. I know many of us are looking forward to playing the game with solid performance this weekend, but this doesn’t bode well, as far as I’m concerned. But what about mods? 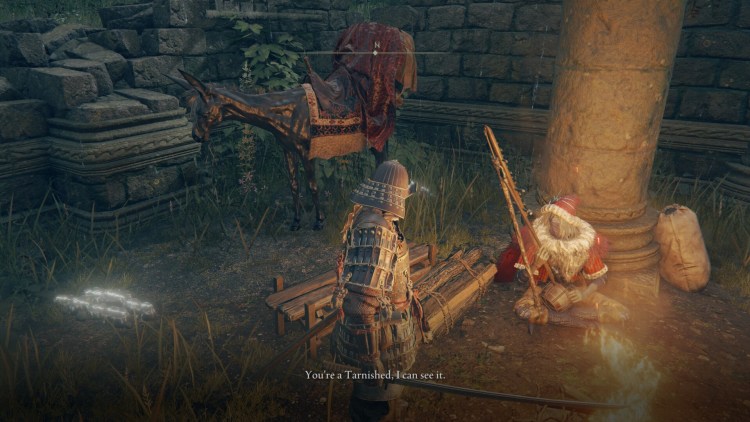 King of the mods

Elden Ring suspiciously lacked ultrawide support at launch, but modders have already figured out how to restore this functionality. Bizarrely, it may have been a part of the game already; it just wasn’t accessible in the menu. However, due to Easy Anti-Cheat, you can currently only use this offline. And that presents a bigger problem. If the game’s performance isn’t fixed to an acceptable degree and it’s up to modders to figure it out (just like what happened with the PC port of Dark Souls), then a potential mod will only work offline. Players could get banned for playing online with mods. Which might leave players with a thoroughly unpleasant choice.

For now, all we can do is hope that Elden Ring‘s official patches are enough to take care of these glaring issues. But players are, of course, not taking it quietly. Despite getting unanimous praise from official reviews, the game is currently sitting at 61% positive on Steam out of nearly 35,000 reviews — a Mixed rating. Obviously, this means that over 13,000 of those players have left a negative review for the game, and the vast majority of those are due to the game’s performance issues. It’s an unfortunate scenario all around and a less than stellar look for the launch of what is one of the most anticipated games in recent years.

Still, I’m going to wait it out. I’d very much like to spend the weekend exploring and getting crushed into paste by enormous, horrifying monsters. But the idea of experiencing this game with all the stutters and constant framerate issues is enough to hold me back. Granted, not everyone is finding the game to be this problematic. One of my coworkers was telling me that the game was mostly a smooth 60 fps for him. Another was right there with me expressing shock at how a Ryzen 9 5900X, one of the strongest CPUs on the market, just wasn’t enough to overcome Elden Ring‘s performance issues. 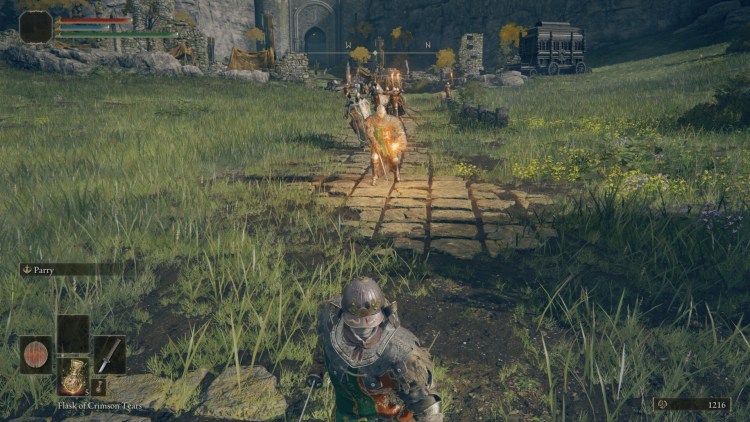 I’m hopeful that a fix will show up next week that will allow me to play the game at a solid 60 fps with no stutters, but I’m also certainly not going to hold my breath. It’s impossible to be sure as to why FromSoftware wasn’t able to learn from the past and give PC players a port that befits a release of this magnitude, but some Japanese developers have a history of doing less effort with PC ports. Let’s just keep our fingers and toes crossed that this will just be a speedbump rather than another cautionary tale a la the first Dark Souls.

Lost Ark guide: Getting the most out of Chaos Dungeons