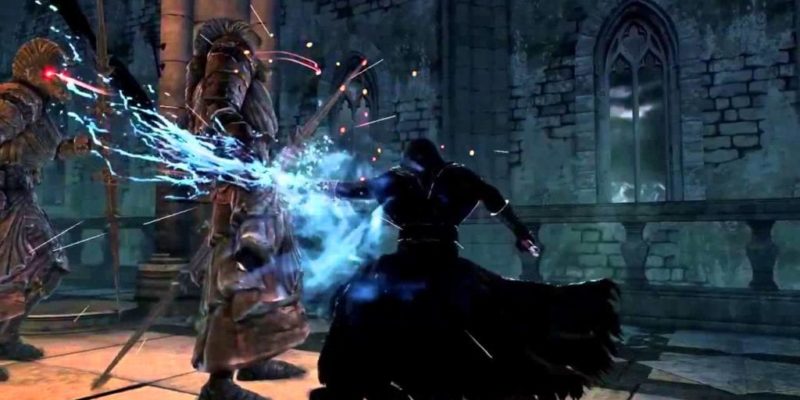 Loved enough to be the foremost box, but not quite enough to get an equal release date.

News from the Tokyo Game Show about the PC release of Dark Souls II (by way of Eurogamer’s info-hoover); it’s going to be slightly delayed compared to the console versions, folks. 360 and PS3 versions have been given a release date of 11 March and 14 March for the US and Europe respectively, but the PC one is just marked down for “the same window.” It’ll be coming after those dates.

In fairness, From Software have explained that this is because they want to nail down which custom options to add for PC players. That, at least, makes it sound as if more thought is going into this version than the bare bones PC port of the original Dark Souls. So that’s appreciated. The team seem eager to avoid a repeat of a sub-optimal port.

Other Dark Souls II news to emerge from the TGS includes details of a Collectors Edition (pictured above,) that comes with a soundtrack, art book, silly plastic knight figurine that will go straight into a dusty cupboard and an authentic cloth map (wait, won’t that risk spoiling some exploration?) There’s also this new trailer, below, called ‘Aching Bones.’ It features a liche-like boss (or mini boss?) causing the players some problems.