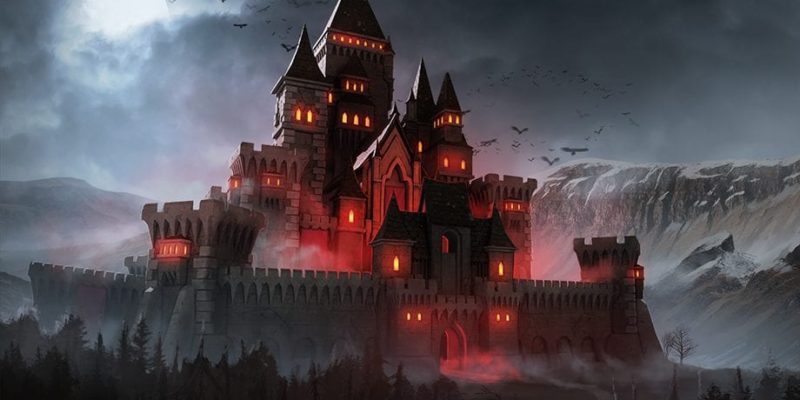 [Update Oct. 29, 2019]: The original article stated that Immortal Realms is a 4X strategy game. The article has since been updated to clarify that it is a turn-based empire management hybrid]

Want to fight vampires? As a vampire? With vampire armies? Maybe you just need some vampires to keep you satisfied as you lament the recent delay of Vampire: The Masquerade – Bloodlines 2. Look no further than the turn-based strategy game Immortal Realms: Vampire Wars. It’s being developed by Swedish studio Palindrome Interactive.

Vampire Wars will see you manage an empire and engage in turn-battles. Expect the mainstays of turn-based strategy games: recruiting units, researching technologies, traversing from battle to battle on an over-map. None of these are innovative mechanics for a turn-based strategy game, but Palindrome does advertise its use of a card system that can see you apply various buffs to your faction.

At release, you will be able to control four vampire lords, each of whom rules over one of three different clans. The first of these clans is the Dracul, ruled over by Vlad and Cecilia Dracul. The two are eternally bound by love, which sounds sweet until you remember that they are immortal blood-sucking monsters. The Dracul seem most akin to your typical “empire” faction. They rule over vampire dukes and vampire half-bloods who swear fealty with blood. Expect your units to require upkeep every turn. Plus, werewolves. 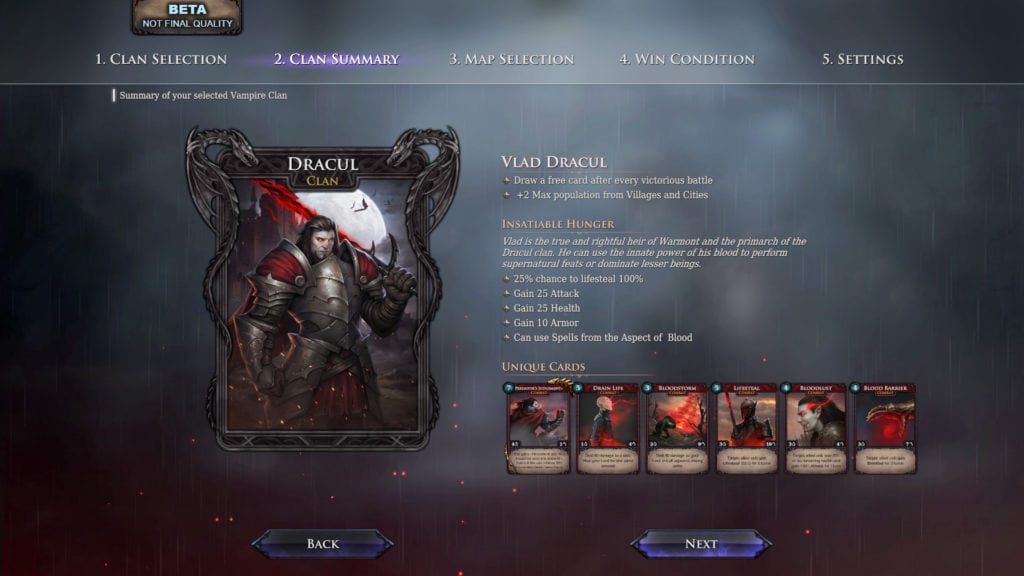 The second faction in Vampire Wars is the Nosfernus, a clan descended from a monstrous, corrupt bloodline. The Nosfernus reside in the dark places of the world, such as shadowed ruins, or mist-shrouded cemeteries, or — well, you get the idea. They possess the ability to raise the dead and have no use for humans or half-bloods unless it involves their blood. They will field skeletons, ghouls, and necromancers in battle, and they have a school of magic called the Aspect of Undeath.

Lastly, enter the most mysterious of the vampire clans, the Moroai. According to the trailer, “magic is blood and blood is magic.” So basically they are the Tremere from Vampire: The Masquerade, busy being all mystical while they practice blood magic. Being so mysterious, there isn’t any more information about them at the moment.

Each faction in Vampire Wars will have specific benefits and drawbacks similar to factions in the Total War series. For example, the Nosfernus have no passive income, but their units (being mostly dead) require no upkeep. They also receive buffs from feeding, providing an excellent reason to plan nice day-trips to nearby human villages whenever you get the hankering for some blood. 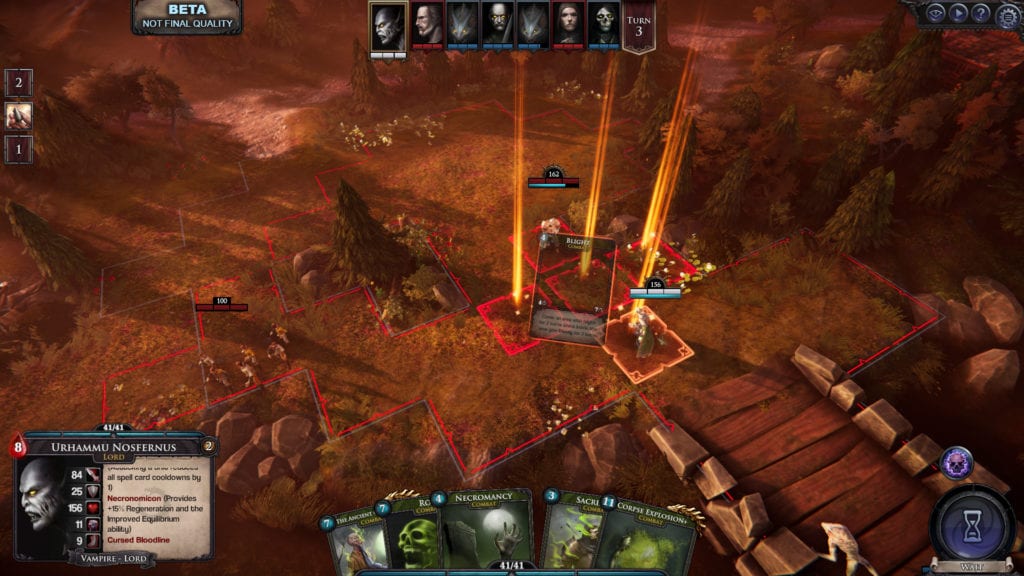 The battles play out on a turn-based map similar to Age of Wonders. Players will have access to different tiers of units that you unlock by researching new technologies. The trailer doesn’t show a lot of combat, but it will hopefully live up to the tactical enjoyment of its turn-based brethren.

You can gain access to the beta by pre-ordering Immortal Realms: Vampire Wars on Steam or the Kalypso Store. The beta currently has a tutorial, the first two Dracul campaign missions, and access to a few sandbox and skirmish maps, which are playable with the Dracul and Nosfernus factions. Expect further content to be added routinely before the Spring 2020 release.