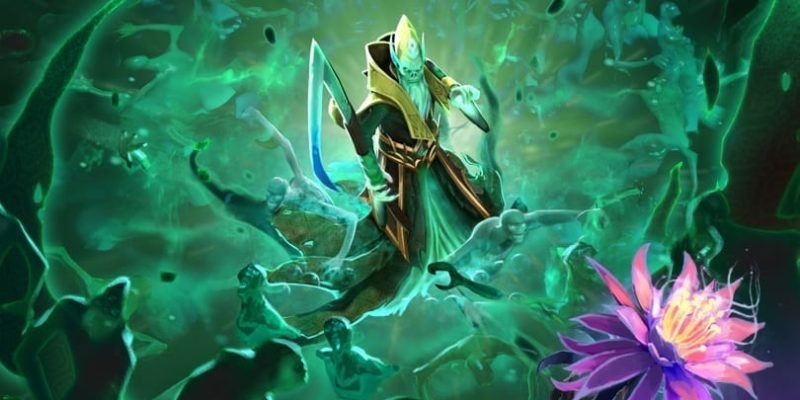 We’re only a few short weeks away from The International 2019, Dota 2‘s annual tournament. As such, it’s probably for the best that the third Immortal Treasure has finally been released.

Owners of The International Battle Pass – a purchasable addition to the free-to-play MOBA which levels up as you play, and unlocks rewards – will likely have a bunch of these chests waiting for them. Each Immortal Treasure contains a fancy new cosmetic item for a hero, offering up new visuals for some of their abilities.

What’s in the box? 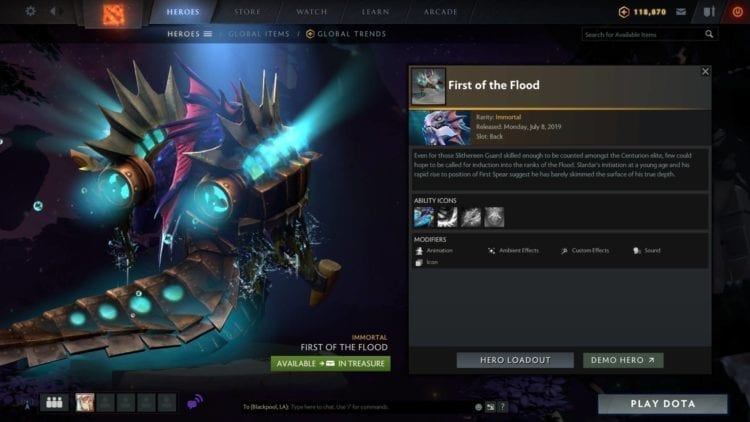 No, really. Slardar can have propellers now.

Immortal Treasure 3 offers up a mask for Axe, a bow for Clinkz, blades for Terrorblade, a mask for Lycan, a spear for Mars, and some… shoulder propellers… for Slardar. You’re guaranteed to get one of these each time you open up a chest, and until you have them all, you’re also guaranteed to get one that you don’t already own. You can see them for yourself over on the official Battle Pass page on the Dota 2 website.

The fortunate can also wind up with bonus rewards in each chest, in addition to one of the previous cosmetics. The Rare reward is a flat-out 50 Dota 2 Battle Pass levels. The very Rare reward is a golden version of the Axe mask. An Ultra Rare reward is the Sullen Rampart leg cosmetic for Necrophos. Finally, as with the other Immortal Treasures, the Cosmically Rare reward is the Overgrown Emblem, giving your hero a nice trail of purple flowers blooming behind them as they move. By “Cosmically Rare”, I mean that it’s currently selling on the Steam Marketplace for just over $1,000 USD. Nice little bonus for the incredibly lucky few who get one.

Dota 2‘s The International 2019 begins on 20 August, and closes on 25 August. Those five days will see the best of the best fighting it out for a portion of a prize pool that’s currently sitting at a whopping $31 million USD, of which around $30 million has been contributed through sales of the Battle Pass and associated items. That makes it the largest prize pool in esports history, eclipsing Fortnite‘s recent record-breaker.