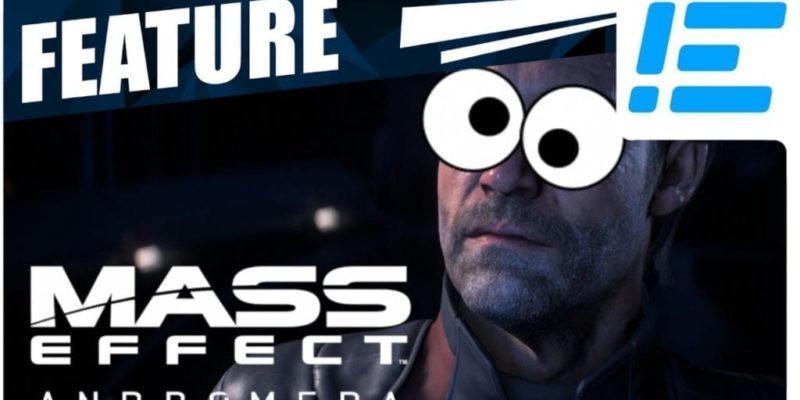 Mass Effect: Andromeda hit the market last March and received a mixed reception. While a handful of outlets say they don’t believe the game is quite up to snuff with the original Mass Effect trilogy, others simply focused on the Andromeda’s minor shortcomings. I’ll be using this game as an example for this topic; The game received a ton of criticisms due to some bugs/glitches, but there was an unusually large focus on the game’s face animations. While I do believe they’re not quite on par with The Witcher 3: Wild Hunt, or even BioWare’s previous release, Dragon Age: Inquisition, is this really what we should be focusing on in a expansive space RPG with incredible scope, charming characters, and fantastic gameplay? Especially considering other recent AAA games like The Legend of Zelda: Breath of the Wild and Persona 5 were far from realistic? Given, they are stylized much different, but either way, it shouldn’t be the focus.

I’m not here to defend Bioware’s shortcomings, I myself have had some bugs occur during my time with Andromeda. It seems the game just needed a month or two extra for polish. That being said, any issues that I’ve experienced haven’t tarnished my overall time with the game. I’m honestly surprised Andromeda only sits at a 74 on Metacritic, the game achieves so much in all other categories, except the aforementioned face animations and bugs.

Now of course everyone is entitled to their own opinion, I’m sure many outlets have legit reasons why they weren’t totally feeling Andromeda. Also, I’m not talking about just video game outlets, or YouTube entertainers, but the internet as a whole. I can’t help but wonder where these face animations and bug/glitch criticisms were in November 2015 when Bethesda released Fallout 4. Sure, as the years move forward the video game standard continues to rise, but seriously Fallout 4 was a buggy mess. Not only that, but go back and watch the face animations in that game, they’re not far from Andromeda’s. What, you had never noticed them before? That’s because in 2015 we (the human race) weren’t looking for something to complain about. When Fallout 4 released, we saw a giant post-apocalyptic world with endless possibilities. Fast-forward to 2017, and it’s the complete opposite. An ambitious space role-playing game releases and the only thing the game gets associated with is its face animations.

Obviously, a lot of the negative stigma around Mass Effect: Andromeda is being thrown around by people who weren’t going to buy the game regardless. It’s the same type/group of people who attack others online for making a dumb joke or saying something ‘offensive’. They’re miserable and want others to be miserable.

“Some men just want to watch the world burn”

The internet also has a powerful ability to make things seem worse (much, much worse) than they actually are. Back in March when the Nintendo Switch launched, for a couple days the internet was up in flames about the screen dock scratching, and left Joy-Con connection problems. Then, once the mass majority got their hands on the hardware, everyone realized the outrage was inflamed much higher than necessary. I saw videos of Mass Effect: Andromeda glitches/bugs leading up to launch and thought maybe the game is a mess. Nope, a lot of the videos were of people breaking the game on purpose, or purposely making Pathfinder run awkward. I even saw videos like that published on a respected video game outlets’ Facebook pages. Why give people the wrong impression? After playing the game myself, I came to a quick realization that there isn’t any character running issues. In fact, funny running animations only happen when you’re purposely smashing the left joystick left to right. Videos like that will surely confuse gamers, and add more negative stigma around the game.

It’s just pretty upsetting that this negativity surrounds a (no less than) good game. BioWare poured their hearts into a game that achieves so much, yet the loudest reception they heard is about face animations. I honestly can’t imagine why anyone would want to be a game developer in 2017. I face many criticisms as YouTuber, but not nearly the amount or type of crap that game developers get. I feel ridiculous even writing about this. After playing Mass Effect: Andromeda for more than 6 hours, I can say with absolute certainty, the face animations aren’t a deal-breaker, not even close.

Brett Medlock is one of our leads on video production here at Enthusiast Gaming. He’s obsessed with action-adventure games, platinum trophies, and K-pop. To hear more about how lame he is, follow him on Twitter @brettnll