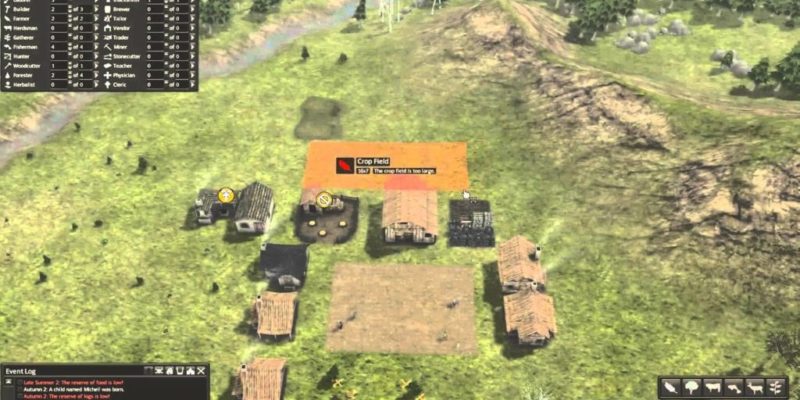 For the past week or so I’ve been getting stuck into Banished, the new medieval city builder from Shining Rock Software. Developed by the one man development team Luke Hodorowicz, the game has taken three years to make and it will launch on 18 February.

This game is no SimCity, in fact it has more in common with games such as the classics Pharaoh and Caesar. Banished  has an interesting approach to building settlements challenging the player to manage and build. The maps are huge and the gameplay is certainly challenging.

We usually keep our IncGamers Plays videos down to about 20 minutes but I became so engrossed in Banished that this video is an hour long. I thought it would be useful to show exactly how the game works when starting your new settlement by taking a look at the game mechanics and interface options available to players.

So far I have pumped in about 9 hours with the game and it wasn’t easy keeping my population alive, for the first couple of hours I managed to not only starve them to death but also freeze them to death. Understanding how it all works has been an enjoyable learning experience if not deadly for my little guys.

This is the first of what will likely be series which will hopefully explain the game and help new players when the game launches. If you love city builders then give this a watch.