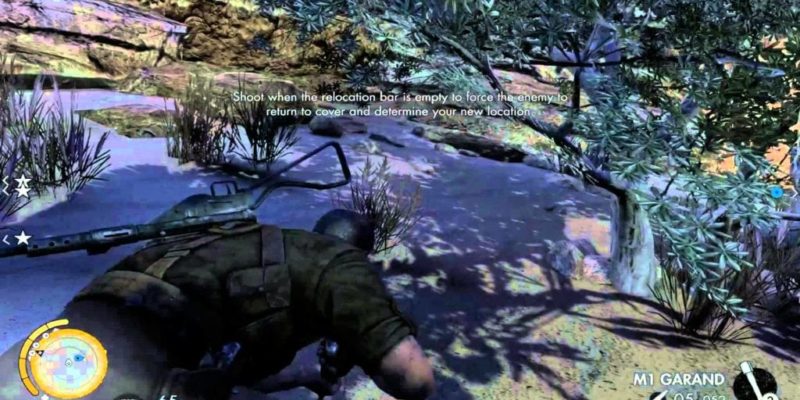 Sniper Elite 3 releases on the PC later this week and we’ve been busy trying out the co-op mode.

Tim and I decided it was time to test our teamwork skills once again in one of the early levels called Gaberoun. Tim was slightly concerned about playing with me, he’s seen my terrible stealth abilities in games before. Undeterred we jumped in for some sniping action and infiltrate a German camp, hunt down some important documents, then attempt an escape.

Sniper Elite 3 is a lot more “open” than previous games in the series and it took us about 40 minutes to make our way through the level together. Tim has been playing the game a lot in the past week so he was my guide when it came to controls and features. Thankfully this stopped me blundering around like a complete fool.

Due to the fact there’s 40 minutes of footage, we’ve split this video into two parts with the second part coming tomorrow so make sure you check back for that.

Will Tim make that elusive “bollock shot” and get to see the inside of a testicle? Watch to find out.

Sniper Elite 3 is released on 27 June and the pre-order DLC is still available with 20% off.