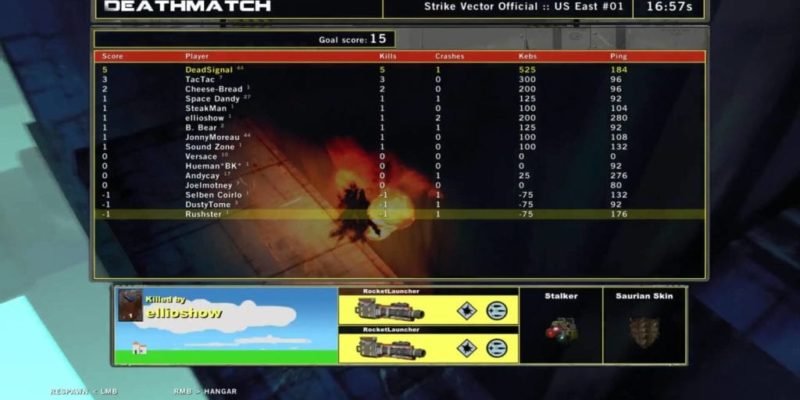 Like flying about in ships and aerial combat? Like FPS games and love speed? Perhaps Strike Vector could be a game for you.

Developed by Ragequit Corporation, the game has been in beta testing for a while and will be released on Steam on 28 January with free DLC being released once the game launches. Free DLC is always good right?

I had the pleasure of allowing myself to get shot to bits by other players as I ventured into the game for the first time last night. This plays a lot like a traditional FPS, it even has FPS type weapons like a shotgun. Shocking!

The weapons can  be customised slightly by adding special attributes on each one which makes it quite interesting. The trick is finding out what works best for you depending on how you like to play but that could take a bit of practice based on my experience this evening. It was not pretty.

Watch the video below to watch my ship explode lots. I will get better at this I promise.

Storm is “Payday in space” according to Starbreeze investor report