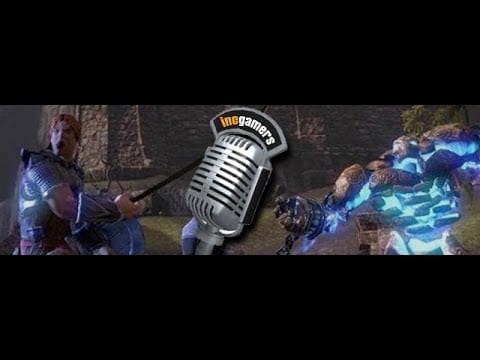 I hope you tune in to the IncGamers Podcast to hear about curtains, because that’s what you’re going to get this week. By bizarre coincidence, both Paul and I have curtain-related anecdotes to share. And share we shall.

Meanwhile, Tim launches his campaign to become World President after faring rather well in Democracy 3, and we speculate whether Deep Space Nine’s General Martok is hamming it up as the voice of Thief’s Thief-taker General. Plus, a groundbreaking plan to secure future funding for the British National Health Service.

At some point we remember this is supposed to be a PC gaming podcast and talk about DOTA 2’s Year Beast, the release date and “Teen” rating for Dark Souls 2 and whether the developers of Batman: Arkham Origins should be quite so up front about making DLC rather than a new patch.

As well as making Britain a utopia, Tim’s been playing The Elder Scrolls Online (as has Paul, a bit, between Banished sessions.) I’ve been playing a number of things, mostly through a less-than-ideal wireless connection, in order to test out Steam’s in-home streaming beta.

Watch it on Youtube, listen, download or flagrantly ignore the podcast, below. You can find more podcast episodes in our bulging archives, and a few at iTunes as well.