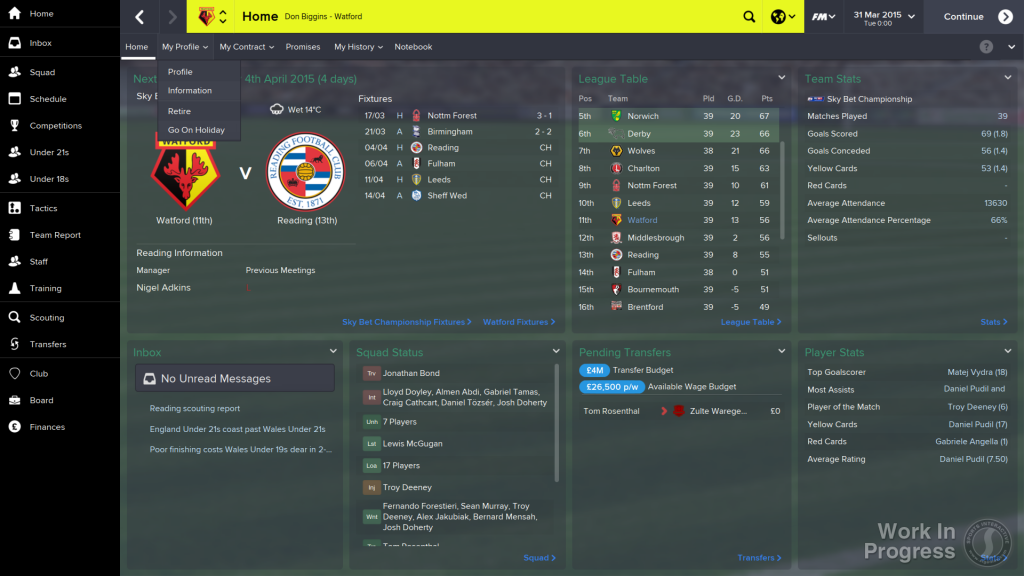 Definitely not a spreadsheet in any way.

Since the official release date of Football Manager 2015 is coming right up on 7 November, this week’s IncGamers poll is about the type of teams all of you lovely readers tend to opt for in the series. Don’t worry if you have no interest in Football Manager 2015, there’s still a response you can give.

For those who do play regularly, the question is “Which team will you be managing first?” Since listing every single team in the game would just make our poll system explode, I’ve gone for some pretty broad, general options.

If you tend to gravitate towards the club you support in real life, then select that option in the poll. There are also answers for those who tend towards taking charge of a team at the upper echelons of football, and those who prefer to scrap it out in the lower leagues (possibly with a view to turning that smaller club into a footballing dynasty.)

And, yes, if you have no idea why anybody would even play Football Manager 2015, you can go for the inevitable “it’s a spreadsheet” answer.

Here’s the poll. You can also find it in the sidebar over on the right. Results will be rounded up and published in a separate post in a week or so.