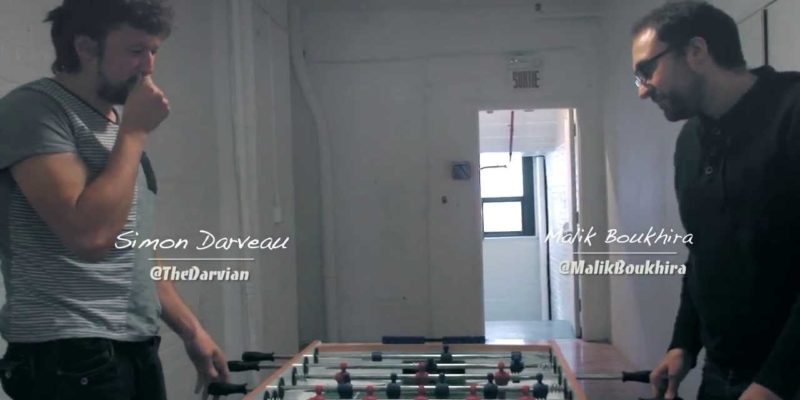 Spearhead Games, the Montreal-based indie developer who brought co-op gamers the quirky puzzler Tiny Brains, has revealed the studio’s next project: a competitive physics-based video game for PC and consoles. Expanding the studio’s “always playtesting” philosophy, Spearhead Games will open the entire development process up to the community for feedback through weekly Twitch shows airing Thursdays at 7 p.m. Eastern here. To make the new project even more of a challenge, the slightly masochistic but mostly lovable co-founders, Malik Boukhira, Simon Darveau and Atul Mehra, have decided to build the game in three months.

See more details after the break.

“What we accomplished last year was insane,” said Simon Darveau, co-founder at Spearhead Games. “We built a studio and a game in one year. I went from sleeping on Malik’s couch to building an awesome couch co-op game, and in the process we learned way more than we could have imagined.”

Spearhead will reveal more about its upcoming title tomorrow, Thursday, March 6 at 7 p.m. Eastern during its weekly Twitch show at twitch.tv/spearheadgames. Tune in for updates on Spearhead’s communal development process – your ideas could rename the game, or even help to create the next character!

For an early look, check out Spearhead’s teaser video on YouTube below.