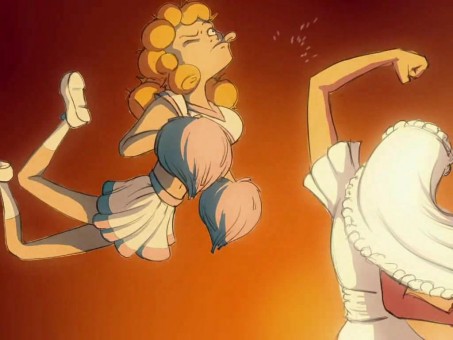 The latest Indie Gala bundle contains not one but two catastrophically terrible games. Possibly more, even.

You’ve doubtless seen the news that set the internet aflame a few hours ago: Bad Rats 2 is coming. Well, Bad Rats 1 is in this bundle. Not only that, but so is Shannon Tweed’s Attack of the Groupies, a game so bad I actually had a breakdown (in text form) while writing about it. I can’t speak to the quality of most of the other games in the bundle, but those two are pretty “holy shit” all by themselves.

As with almost every other bundle, it’s a tiered thing. $1 or more gets you the okay-ish Puzzle Kingdoms, which is a bit like Puzzle Quest only not as good; the utterly execrable Shannon Tweed’s Attack of the Groupies; and The Mystery of the Flying Dutchman, a hidden object game that – according to Steam reviews – sometimes forgets to put the objects in. So. Er. Probably not recommended, then.

So okay, that’s not actually too bad. Yes, there are two games in there which may make you want to push nails through your face, but if you know someone who enjoys hidden object games, it might actually be a pretty cheap way for them to get a bunch all at once. Alternatively, it might be a really good alternative to coal if you need a slightly sadistic Christmas present.

Assuming you can actually give Indie Gala bundles as gifts. I can’t remember. Sorry.

Steam having yet another sale in honour of the Game Awards