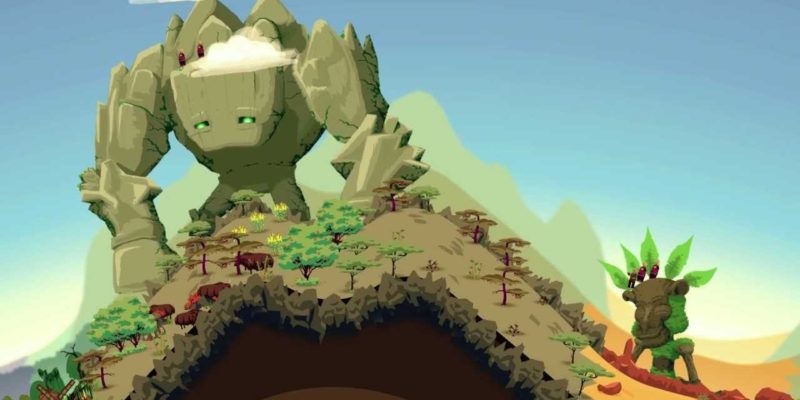 As a rule, I try not to get too enthusiastic about anything before its released. That’s a road that all too often leads to disaster. But there’s something about Abbey Games’ Reus that looks pretty damn great.

It’s ostensibly a ‘god game’ set on a rotating 2D world, in which you control large giant creatures who can influence the progression of nature (one can raise mountains, one can sprout trees and so on.) Here’s who you don’t control: mankind. Mankind will do what it pleases, and all you can hope to do is nudge it in the right direction.

Your task is to maintain the balance between the nature of the planet and man’s hapless greed.

Reus is due on 16 May, and you can see how it looks below.