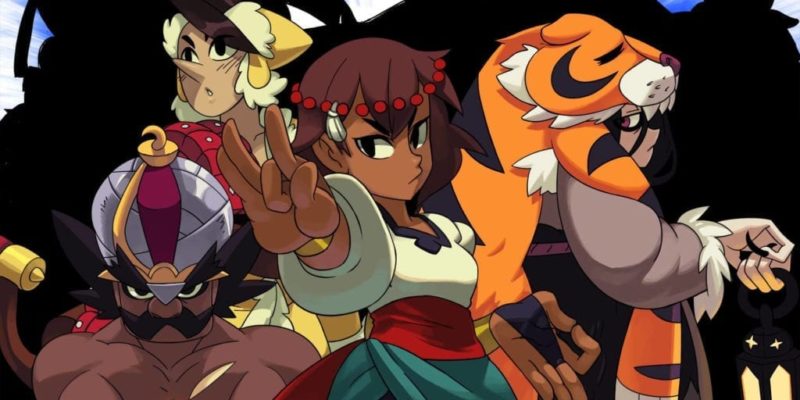 Lab Zero Games’ long-awaited RPG Indivisible will finally see its release this coming October. Set for an October 8 launch on PC, PlayStation 4, and Xbox One, the game has been hyped up for years after a successful IndieGoGo campaign funded it back in 2015. Many hold Lab Zero Games’ previous effort, Skullgirls, in high regards for its tight gameplay and excellent graphics. Indivisible seems set to continue these trends.

The official description for the game reads: “Indivisible is a hand-drawn action RPG platformer from Lab Zero, creators of the critically acclaimed Skullgirls! Set in a huge fantasy world, Indivisible tells the story of Ajna, a fearless girl with a rebellious streak who sets out on a quest to save everything she knows from being destroyed.”

Pre-orders for the title are now available on Steam, and console versions will follow in the near future. Grabbing a copy of Indivisible ahead of launch will net you the “Follow Me Roti” companion. You’ll also grab various different colors for main character Ajna to wear. If you go with the Steam version, you’ll even receive character skins based on various Valve titles (such as Half-Life, Portal, and Team Fortress 2). A companion cube can accompany you on your journey, and there might even be some cake in there! Maybe. If it’s not a lie…

While I have not personally played any of the demos for this title, I did enjoy Skullgirls quite a bit. Lab Zero Games has proven itself to understand what makes an action game work. As such, I have faith that Indivisible will come out a winner. It already looks set to tickle that turn-based RPG itch I have, which only Octopath Traveler has managed to satiate in recent times. Let’s hope the years of delays and hype don’t get the better of it.

You’ll have to wait a shade longer for XIII, as it has now been delayed