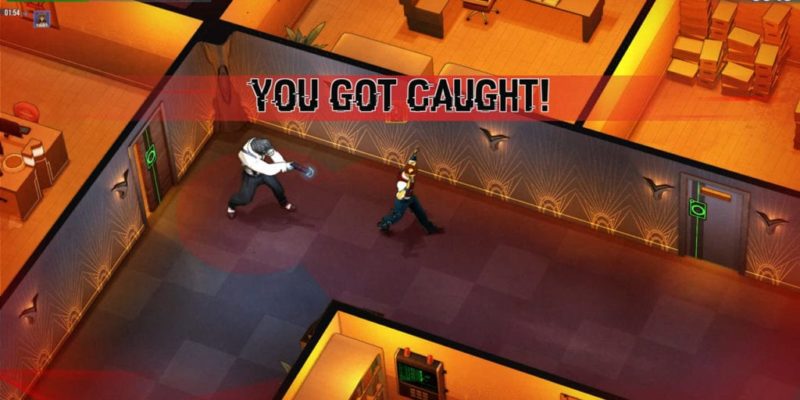 Anyone looking for some asymmetrical co-op gameplay may want to check out HACKTAG from Piece of Cake Studios next month. If the thought of taking part in hacking the environment in real-time through a series of minigames sounds interesting then 18 May is the day to mark in the diaries.

The game features procedurally generated levels and comes with a split-screen and online mode. One player is tasked with stealth and infiltration while the other has to carry out the hacking in real-time. Players have to avoid security guards, unlock doors, trigger alarms and telephones, and collect data from computers to complete their industrial espionage missions. The developers describe HACKTAG as “Mission impossible meets Keep talking nobody explodes”.

The game is set in the year 2029 in a parallel universe where players are tasked with helping struggling corporations. The stealth agent will have to infiltrate via an isometric 3D view while the hacker plays the same level but in holographic blueprint vision. There are three types of missions and three types of levels, and because it is procedurally generated, there is an “infinity of levels” according to Piece of Cake.

A closed beta test has been scheduled for Thursday 11 May ahead of launch giving a free preview of the Early Access version. To get involved in the test, you can register on the official website now and watch the video below for a taste of the action. It looks quite interesting.