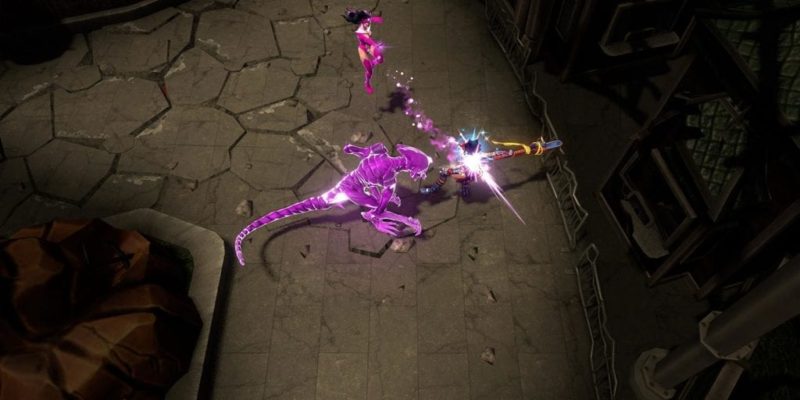 Upcoming MOBA Infinite Crisis will be going on open beta this coming March 14. Along for the ride are Aquaman, Green Arrow, and Mecha Superman.

Infinite Crisis is based on the DC Universe of characters, and is being developed by Turbine. The game’s premise is loosely based on several DC crossover events, although not necessarily its comic book namesake.

In the video game, Uotan the Watcher fails to prevent the Cataclysm from taking place, precipitating the clashes between DC’s multiverses called the Infinite Crisis. With the Monitors and Forerunners gone, Uotan offers up his powers in the form of a Construct, to recruit new Protectors to fight and get at the bottom of who started the conflict.

It’s certainly a different game from DC Champions Online, but will it be worth playing? You can decide for yourself by signing up for the open beta.

The Wolf Among Us Still Coming To Vita