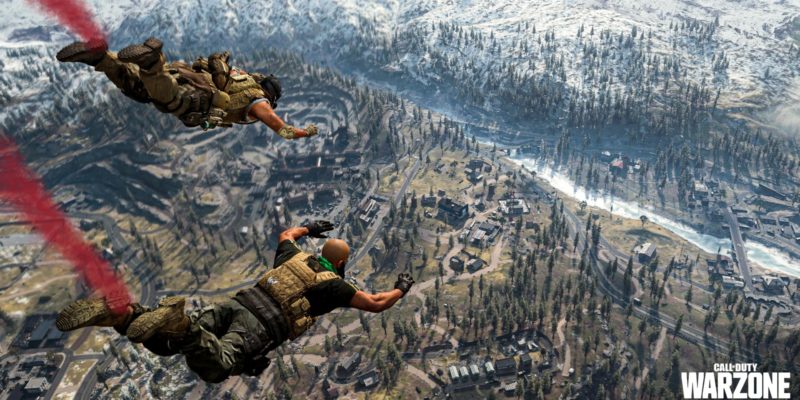 Since the release of Call of Duty: Warzone, cheating has been a huge problem in the popular battle royale. Despite previous efforts made by game developers Infinity Ward, cheating and hacking is still present in the game. Recently, Infinity Ward issued a fresh statement regarding cheating in Call of Duty: Warzone on their official Twitter page. Essentially, more Warzone bans are coming.

In May, Infinity Ward tried to combat cheating by enabling two-step SMS authentication for PC players. However, this did not prove to be successful, as a surge in cheating began once again. In the statement, Infinity Ward warns Call of Duty: Warzone hackers that more ban waves will be coming. In addition, they clarify what is meant by third party software and urge players not to use it or they may face a ban.

A post on the Activision website clarifies the different levels of offenses that players can receive when they are banned. A minor offense is when no quantifiable damage has taken place towards another player or the gaming community as a whole. Next, a temporary suspension can range from 48 hours to two weeks or even longer, depending on the offense. They define an extreme offense as when a “player has caused detriment to other players or has organized large groups of players to commit additional offenses.” Lastly, a permanent suspension is “lasting and final.”

The response from the Call of Duty community regarding the statement has been quite mixed overall. On the one hand, Infinity Ward has been praised for continuing their uphill battle against hackers. However, some fans argued that the statement simply asked hackers politely to stop cheating, which is not enough.

Encountering a cheater in Call of Duty: Warzone can be an extremely frustrating experience. Hopefully, the next round of ban waves will be successful and help ease the community for the upcoming release of Season 5.