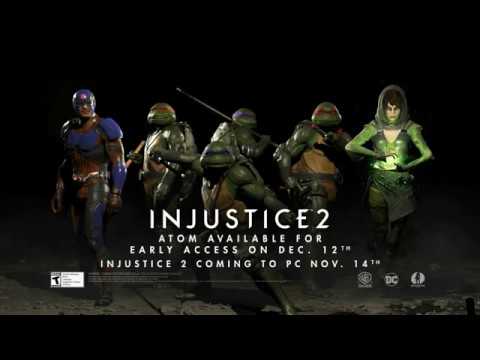 A trailer for Injustice 2 fighter Pack 23 has just been released and it reveals the final three DLC fighters.

Joining the combat will be The Atom, Enchantress, and the Teenage Mutant Ninja Turtles. The PC beta has concluded although some players are saying they can still play when launching the game.

It’s not long now until it finally releases anyway, it’s out on 14 November. For now, enjoy this new trailer featuring the heroes in a half shell jumping in to take on The Atom and Enchantress.