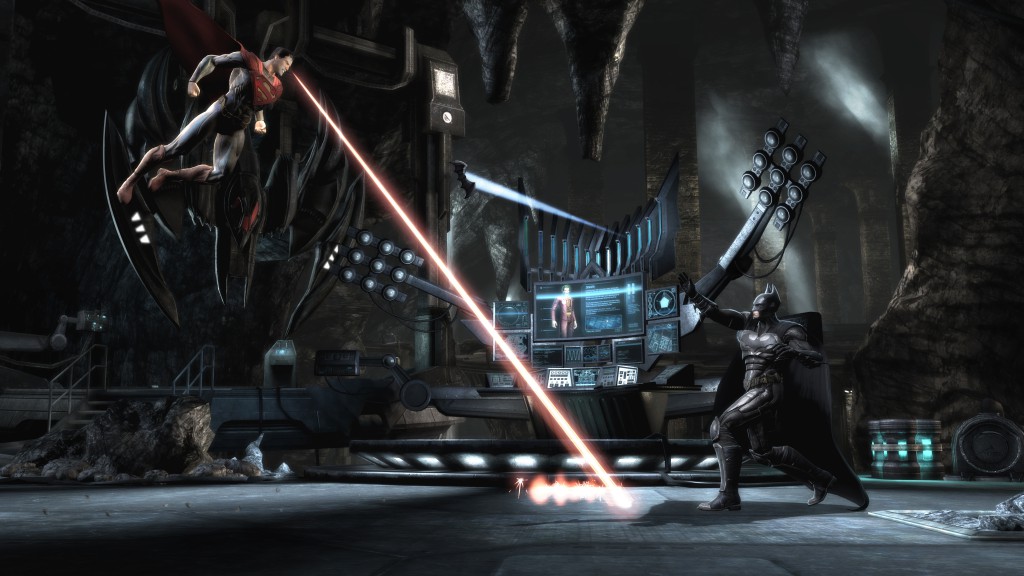 Like this, but at higher resolution and maybe with some fancy DirectX 11 effects.

By the looks of things, that PC version of Injustice: Gods Among Us is happening after all. Some rumours and retail listings appeared a couple of months back, but didn’t appear to come to anything. Now though, a ‘Game of the Year’ edition (according to who? they never say) has been rated and classified by the Brazilian entertainment board.

Looks like a chap named ‘Lifelower’ was the first to spot this (as linked above,) and it was picked up by both NeoGaf and OXM. Why would OXM care about a PC release of Injustice: Gods Among Us? Because the ratings also included Xbox One and PS4.

According to the listing, the game was rated back in late August for Computador (great word) and the various other platforms. Since it’s a GotY Edition, it’ll no doubt come with all of the extra DLC characters released to date. More importantly, it means we can now orchestrate Batman’s continued superiority over Superman on our very own PCs.

Multiple Steam Boxes coming in 2014, beta prototype one of Valve’s