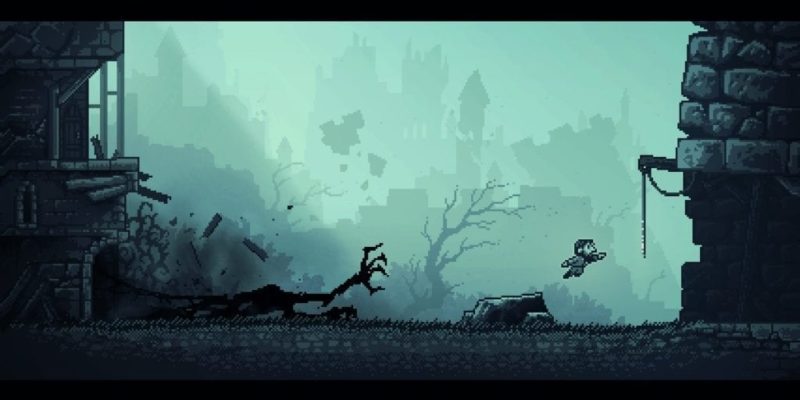 Chucklfish has plenty of projects in the works. The Stardew Valley publisher deals in polished, pixel-based games. Their newest project, Inmost is no different. It’s a puzzle-platformer that takes visual inspiration from a bygone era. Inmost looks like a long-lost Game Boy title, and that’s enough to make it worth keeping an eye on.

Inmost‘s announcement trailer makes quite the impression. It uses a limited color palette to great effect. Dark tones sell a rich atmosphere, and detailed pixel art brings the world to life. According to developer Hidden Layer Games, Inmost tells an “interconnecting tale of suffering, sacrifice, and the family in the middle of it all.”

There are three main characters in Inmost, each of which plays differently. The knight, for example, seems to engage shadowy monsters in combat. There’s a sense of weight to his attacks; each swing carries a force that’s rarely seen in retro-inspired games. It’s meaty, which points toward a slower, more methodical combat system. One of the other characters looks like a middle-aged man. He’s flighty, and spend most of his time in the trailer platforming to avoid enemies. The third character is a young girl, who appears to exist in a different world than the other two.

The Corridor: On Behalf Of The Dead,Coming Soon to Steam and PC

By Kevin Foley52 mins ago
Hardware